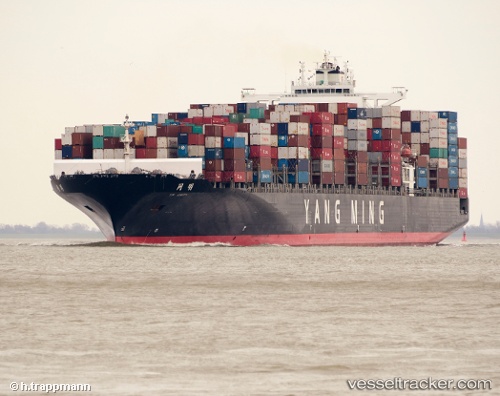 Some containers have fallen overboard from the 'Navios Unite' in rough weather off the coast of Western Australia about 33 kilometres southwest of Cape Leeuwin on June 25, 2020. The ship was enroute from Fremantle to Adelaide when three containers were lost. The Australian Maritime Safety Authority (AMSA) tasked its Challenger jet from Perth to search an area of about 1.600 square kilometres for any sightings of the missing containers. However, no containers were sighted. THe AMSA started gathering information about the incident and will determine its course of action once the circumstances are understood.

Less than six months after the inauguration of the Expanded Panama Canal, the waterway welcomed its 500th transit of a Neopanamax ship on Wednesday, highlighting the trust that Canal customers have placed in the route, ACP said in a press release. Performing the 500th transit was the container vessel YM Unity, which first began its passage through the Cocoli Locks in the Pacific and then headed north towards the Agua Clara Locks. Built in 2006, the YM Unity (of the Yang Ming Marine Transport Corporation) measures 335.7 meters in length and 42.8 meters in beam and has a carrying capacity of 8,200 TEUs. The ship is traveling from Asia and will stop at Colon Container Terminal in Panama before heading to U.S. ports. Its transit marks a significant milestone for the Expanded Canal, which is experiencing a steady flow of trafficâ€”including containerships, liquid petroleum gas (LPG) vessels, dry bulk carriers, vehicle carriers, crude product tankers and liquefied natural gas (LNG) vessels, which is a new market segment for the Canal.