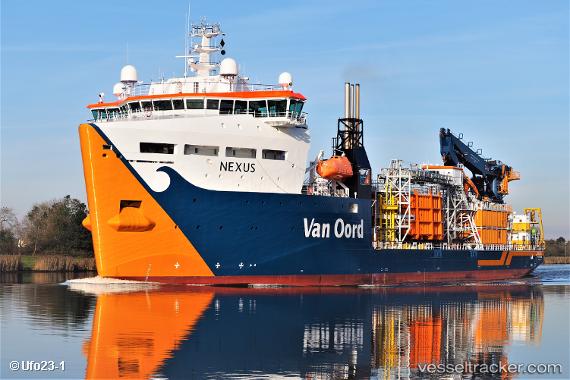 Dutch offshore service provide Van Oord has secured a contract from Orsted to carry out cable installation works for the Greater Changhua 1 & 2a cluster of offshore projects in Taiwan. The company will be responsible for the transportation, installation and burial of the 111 inter array cables and three export cables, and deploy its dedicated cable-laying vessel Nexus and trencher Dig-It for the projects. The contract marks Van Oord’s first cable project in Taiwan.

Van Oord will deploy the Nexus, its first cable-laying vessel for constructing offshore wind parks, with a two-day event on the Wilhelminakade in Rotterdam. On Saturday, 7 March, the vessel will be christened by Ms J. Damen-Carli, the wife of Mr K. Damen, member of the supervisory board at Van Oord and chairman of Damen Shipyards Group, in the presence of Van Oord’s guests and employees. The vessel was built by Damen Shipyards Group at its shipyard in Galati, Romania. The modern vessel is nearly 123 metres long and more than 27 metres in the beam. The Nexus has been equipped with a cable carrousel with a capacity of 5,000 tonnes to install long export cables.

The 22nd of December saw the delivery by Damen of an innovative new DOC 8500 cable laying vessel to international offshore contractor Van Oord. Named Nexus, the 126-metre vessel is intended for the installation of electricity cables for offshore wind farms. Van Oord is currently making preparations for the Gemini offshore wind farm which will be constructed 55 kilometres to the north of Schiermonnikoog, one of the Dutch Wadden Islands, and the cable-laying vessel will be deployed initially at that site, the company said in its press release. Despite encountering some challenges during the build process, the DOC 8500 was delivered several days ahead of the specified completion date and the entire design, engineering and build took just 15 months.