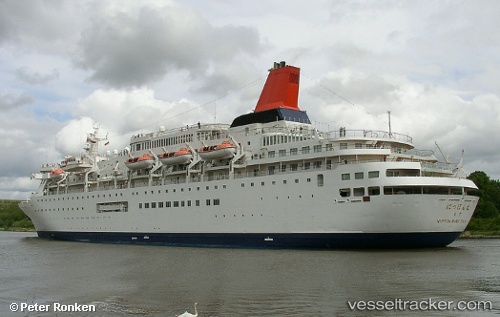 Mitsui O.S.K. Lines, Ltd. (MOL) announced the joint development, along with SenseTime Japan Ltd. , of a new vessel image recognition and recording system, and the system’s installation for demonstration testing aboard the cruise ship "Nippon Maru" operated by Mitsui O.S.K. Passenger Line, Ltd. The system’s graphic recognition engine was developed by incorporating MOL’s knowledge and applying artificial intelligence (AI) deep learning technology, allowing it to recognize surrounding vessels. The system recognizes and automatically records vessels with high accuracy using a terminal equipped with a graphic processing unit (GPU) and ultrahigh-resolution cameras. The image recognition technology, which can be used even at night or during other periods of poor visibility, can detect small vessels that are not recognizable by vessel automatic identification systems (AIS). MOL views advanced image recognition as an underlying technology needed for automated watch-keeping, as the company works to realize the autonomous smart ships of the future. International treaty and domestic law require vessels to be equipped with AIS, but the regulations do not apply to ocean-going freighters of less than 300 gross tons and coastal vessels of less than 500 gross tons.

Captain was intoxicated at time of allision

After the "Nippon Maru" scraped a harbor pier in Guam as it was departing Dec. 30, 2018, an investigation found alcohol in the captain's blood. His alcohol level apparently exceeded the Japanese standard that prohibits captains from operating ships. The Japanese captain, who was in his 50s, told local investigators that he imbibed after the accident to calm his nerves. The government’s Japan Transport Safety Board on Jan. 8 appointed a special investigator to look into the accident. The concentration rate of alcohol in the captain’s bloodstream exceeded the local standard of 0.04 percent. The figure is equivalent to 0.2 milligram per liter in breath, above the Japanese standard of 0.15 milligram. Under Japanese law, ship crew are not obliged to submit to a breathalyzer test. Mitsui O.S.K. Passenger Lines required all crew members to visually inspect each other to detect the presence of alcohol.