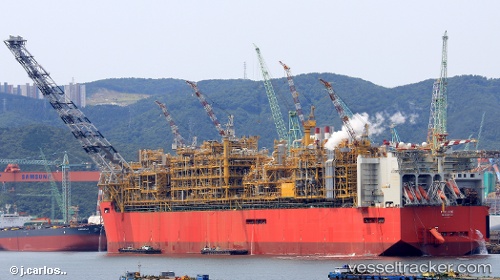 Shell has evacuated 150 non-essential workers from the 'Prelude' as the operator struggled to restore power that knocked out operations last week following a fire on Dec 2. The delay in bringing essential power generators back online at the Prelude LNG export plant had left the workers without ventilation, potable water services and a sewage treatment system. The evacuation of non-essential staff was assisted by an Inpex Corp.’s helicopter and a rescue vessel. Work to restore main power was underway. The floating LNG plant suspended production and delayed the loading of a prompt cargo on Dec 3 after suffering a fire in a room of electrical equipment that tripped power at the facility. The evacuation indicated that the plant could be shut for longer than originally anticipated, exacerbating a global shortage of natural gas. Shell and its partners were now considering cancelling the scheduled LNG cargo loading due to the ongoing power issue.

A fire broke out in the night of Dec 3, 2021, on the 'Prelude' off the Kimberley coast and caused the ship to be shut down and left the crew using backup power. The small fire was detected at about 11 p.m. in an electrical equipment area . The fire triggered the automatic fire systems of the floating LNG facility and was extinguished before it spread further. All workers were safe and accounted for. The incident, however, resulted in the loss of main power and the facility is currently operating on backup diesel generators. While work is under way to restore main power, production on the 'Prelude' has been suspended temporarily. The offshore safety regulator NOPSEMA has been informed of the fire by the operator Shell and started an investigation. The fire came after the 'Prelude' had achieved steady production for some time following a string of problems in its first few years moored 475 kilometres north-east of Broome. She had been towed to Australia in mid-2017, 18 months behind schedule, and did not produce LNG for another two years while problems with the complex facility were fixed. In January 2020, six months after production started, NOPSEMA banned Shell from performing many maintenance tasks until it fixed its procedures for the safety-critical isolation of equipment before maintenance as there was a significant risk to the health and safety of persons at the facility. The 'Prelude' was shut down for much of 2020 as more technical issues were addressed.

The long-awaited first shipment of liquefied natural gas has sailed from Shell’s massive Prelude FLNG facility that is now permanently moored off the coast of Western Australia. Shell announced Tuesday that the first shipment of LNG departed Prelude aboard the LNG carrier Valencia Knutsen destined for customers in Asia. The Prelude FLNG facility is operated by Shell in joint venture with INPEX (17.5%), KOGAS (10%) and OPIC (5%). The technology allows the facility to extract and liquefying gas at sea before loading it directly onto ships for export to customers around the globe.