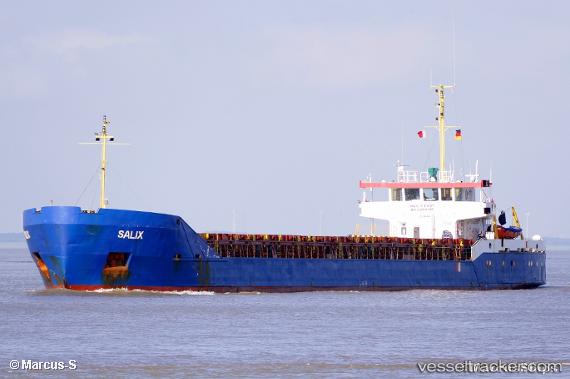 The "Salix" was ordered to proceed to Bozcaada island, Marmara sea, under command of the chief officer, and stay there, after the master of the vessel was reported to Turkish Coastguard by the Traffic Control Center to be insulting the Turkish president Erdoğan in radio communication over VHF, during the transit of the Dardanelles on June 8, 2017. The vessel was en route from Berdyansk to Mersin. The master reportedly was of Turkish nationality. The coast guard ordered the captain to hand his duties over to the chief mate and to dock the ship on the north coast of Bozcaada (Tenedos Island). The captain, who was reportedly intoxicated, was questioned by a prosecutor after the vessel dropped anchor. Ramazan Yılmaz, head of the port authority of Çanakkale province, said on June 8 that legal action has been launched against the captain in response to the information passed on to him by VTS officials. The master and three other crew were taken to the Canakkale Court, where charges against them were dropped, because no evidence were presented to prove their guilt.

Salix ran into embankment at Vlaardingen

In the evening of Dec 1, 2016, the "Salix" ran into the embankment at the Kogge Port of Vlaardingen after veering off course by yet unkonwn reasons. The ship was stuck for a short time and then moved to the First Werk Port for surveys. It could not continue the voyage to Hamburg and berthed at the Keppel Verolme Shipyard in Rotterdam for repairs to the bulbous bow. The embankment suffered significant damage when the ship ran onto it. Dutch Report with photo: http://www.vlaardingen24.nl/nieuws/112/zeeschip-ramt-oever-bij-koggehaven

Detained for 2 days at Constanta with 18 deficiencies