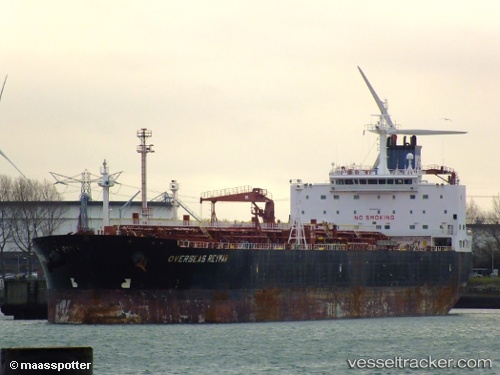 State officials on Monday, July 1, 2013 suspended the license of a pilot for five months after an oil tanker sideswiped the San Francisco-Oakland Bay Bridge. Guy Kleess won't be paid during the suspension ordered by the Board of Pilot Commissioners for the Bays of San Francisco, San Pablo, and Suisun. The cargo ship Overseas Reymar clipped the bridge on Jan. 7, causing about $3 million in damage. The bridge never closed and remained open to traffic. Kleess will have to undergo further training and 30 "observation trips" before his license is restored. He will also be on two years of probation after he regains his license. "The board has imposed one of the most stringent disciplinary orders in decades," board director Allen Garfinkle said. It was the second time in six years that a large vessel controlled by a local pilot struck the bridge. http://www.redding.com/news/2013/jul/02/pilot-suspended-5-months-after-bay-bridge-struck/

A state board unanimously voted Thursday, April 04, 2013 to take action to suspend or revoke the license of the pilot of empty oil tanker 'Overseas Reymar' that sideswiped the San Francisco-Oakland Bay Bridge in January 2013. The California Board of Pilot Commissioners decided to file a formal accusation against Guy Kleess after a committee investigated the Jan. 7 incident, found pilot error and recommended disciplinary action against him. The case now goes before an administrative law judge, who will hold a trial to hear evidence and determine whether Kleess should have his pilot's license suspended or revoked. The board will then vote on whether to accept the judge's ruling. The board also voted Thursday to temporarily suspend Kleess' license until the case is resolved to "protect the public interest." The judge is required to hold a hearing within 40 days. Kleess, 61, was in control of the 752-foot Overseas Reymar when it hit a western-span tower of the bridge, resulting in $220,000 in ship damage and as much as $1.4 million in damage to the bridge.

Repair of San Francisco Bay Bridge due to start

"ork will begin on Jan 22 on repairing the fenders that were damaged when the "Overseas Reymar" sideswiped the San Francisco-Oakland Bay Bridge. Crews will begin replacing the damaged fender sections, which are made of steel and recycled plastic. The fenders were damaged when the tanker hit the western-span tower closest to Yerba Buena Island on Jan 7. The fender system absorbed the impact and there was no structural damage to the bridge. The repairs will cost about $3 million and will take about four and a half months.