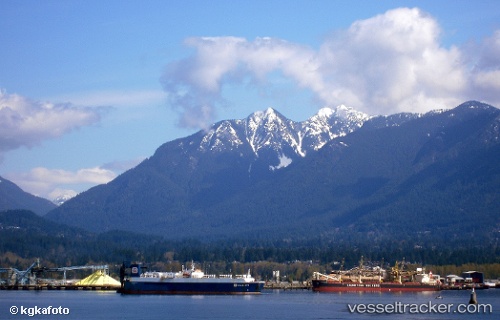 Vancouver Fraser Port Authority and local natural gas producer FortisBC are currently studying options to develop a LNG marine bunkering terminal at the port to cater the growing demand for cleaner marine fuels in the coming years. The facility would be the first ship-to-ship LNG marine bunkering service facility on the west coast of North America.

(Reuters) – A lockout of longshore workers at Canada’s biggest port, the Port of Vancouver, ended in a deal on Thursday after a few hours, averting a potentially massive shipping disruption, the workers’ union and employers association said. The lockout was immediately lifted and the union also withdrew its strike notice, according to separate statements by the BC Maritime Employers Association and the International Longshore and Warehouse Union Canada.

Dwell times at Vancouver rail facilities are approaching last winter’s levels, when port congestion was the worst in years, but terminal operators say the factors driving the current delays are not a harbinger.