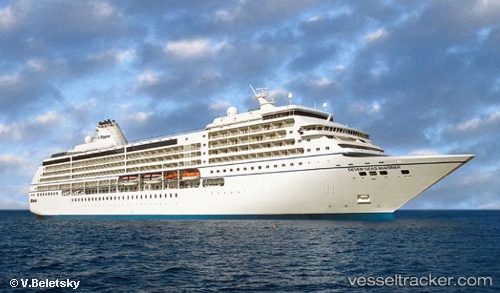 The starboard main engine of the 'Seven Seas Mariner' was disabled in position 51 14 07 N, 129 42 41 W, about 32,6 nautical miles northwest of Triangle Island, in the Queen Charlotte Sound off Triangle Island, British Columbia, on May 8, 2022, at 10.10 p.m. UTC. The vessel was able to continue its voyage to English Bay, British Columbia, by using its port side main engine. The ship berthed in Victoria on May 16.

Regent Seven Seas Cruises (RSSC) has scheduled a second immersive Cuban voyage for 2019 to cater for travellers’ growing demand to explore destinations beyond the island’s capital Havana. Available onboard Seven Seas Mariner between 22 October and 1 November, the new ‘Cuban Exploration’ voyage will enable guests to spend a full day an evening in Havana and overnight in both Santiago de Cuba and Cienfuegos.

Passenger who went over board recovered but died

The Coast Guard Puget Sound Command Center watchstanders received communication from the "Seen Seas Mariner" reporting a 73-year-old male had gone overboard on July 10, 2018, at approximately 4:30 a.m. A Coast Guard Air Station Port Angeles aircrew, two Coast Guard Station Neah Bay boat crews, the Coast Guard Cutter "Wahoo" and a Canadian Coast Guard helicopter crew thoroughly searched the area before locating the man. A Coast Guard helicopter rescue crew recovered the unresponsive passenger near the Strait of Juan de Fuca in the afternoon. He was transferred to local Emergency Medical Service personnel waiting on shore and then to the Olympic Medical Center where he was later pronounced deceased. The cause of the incident was under investigation.