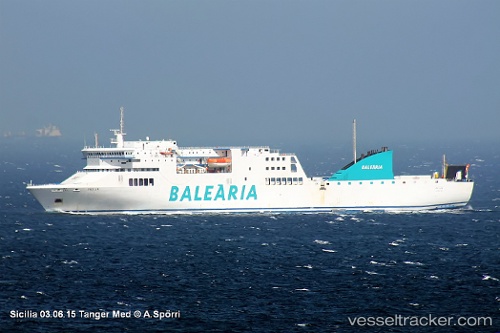 Baleària has elected the SICILIA to operate between the Spanish northern port of Gijon and the French Atlantic port of Saint-Nazaire. The SICILIA is one of five vessels that will be converted to take LNG.

MAN PrimeServ, the after-sales division of MAN Energy Solutions, has won the contract to convert two RoPax ferries from Spanish operator, Baleària Eurolineas Maritimas, S.A., to dual-fuel operation. Sister ships, the ‘Nápoles’ and ‘Sicilia’, are currently each powered by 2 × MAN 9L48/60A main engines, which will all be converted to 9L51/60DF units that will enable running on LNG, MAN said in its press release.