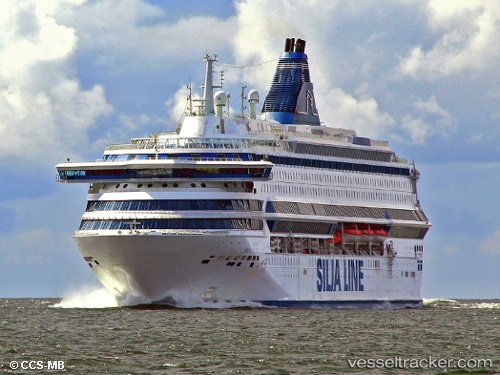 The deaths of two young Finns found dead on the 'Silja Europa' on Oct 20, 2019, were caused by health problems, the Police and Border Guard Board (PPA) found out. On Jan 9, 2020, it was reported that the 21-year-old man and 25-year-old woman who were found on the ship both suffered from health complications but no further details were given. The cabins were far apart and the PPA confirmed the two deaths were a coincidence and no link has been established between them. The police would not launch an investigation into either death.

Two dead bodies have been found aboard the "Silja Europe" in the morning of Oct 20, 2019, in the port in Tallinn, a 25-year-old woman and a 21-year-old man. There was no connection between the cases. They were found in various cabins that were not close to each other. The woman was found at 3 a.m., the man at 5 a.m. Police and ambulance were called when one dead person was found by another traveler. There were no signs of violence on the bodies which will be autopsied. It will take several weeks for the results to be ready. The "Silja Europa" departed from Tallinn in accordance with the timetable at 12.30 p.m.

On Monday, 12th of December the cruise ferry Silja Europa just renovated for 16 million Euros, started to sail again on Helsinki-Tallinn route and the cruise ferry Romantika started on Riga-Stockholm instead of earlier Tallinn-Stockholm route. On 13th of December the cruise ferry Baltic Queen left the Tallinn-Helsinki route to start on Tallinn-Stockholm route, Tallink says in a press release. According to the CEO of AS Tallink Grupp, Mr Janek Stalmeister is the aim of the rerouting to refresh the travel experience of the customers. „Our totally renewed Silja Europa is a beloved ship with history of her own, our Baltic Queen has been especially popular among our Estonian passengers on Tallinn-Stockholm route already previously and on our Latvian route the return of a second ship was waited for a long time. We are glad, that the first to experience those new features are our holiday and New Year cruise` passengers“, added Stalmeister. Alongside with Baltic Queen, the cruise ferry Victoria I is sailing on Tallinn-Stockholm route. She will be docked for a few weeks in the beginning of 2017, during what the perfume shop and reception area is fully reconstructed as well as the a la carte restaurant Piazza, which will be turned into Grill House. Also the buffet restaurant, show bar and sauna will be renewed. The cruise ferry Romantika, which will sail on Riga-Stockholm route next to cruise ferry Isabelle, will be also docked in the beginning of next year. The docking works include the construction of the Fast Lane restaurant on board and replacing the current Seaside bar and Fastfood area with a larger children` play area. The show bar and buffet restaurant will be refreshed as well. Silja Europa, which will now sail next to fast ferries Star and Superstar on Helsinki-Tallinn route, was renovated almost 3 months and the company invested 16 million Euros to the project. By December, the total of 1015 cabins - 922 of A and B class cabins, 87 de Lux cabins and 6 Suites were renovated, in January the final 137 of C class cabins will be fully renewed. The large-scale works also included 5 restaurants, a bar and conference area. The buffet restaurant and Grill House were entirely renewed, as well as the pub and one of the bars. New cafeteria Coffee&Co. was built on board, which has been so far only on Helsinki-Stockholm route vessels. In spring 2016, the ships, night club and show bar were renewed and totally new restaurants Tavolata and Fast Lane were added.