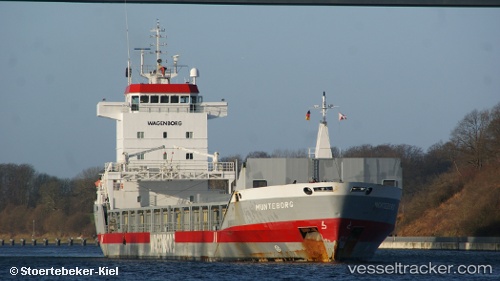 RINCE RUPERT, B.C. – Repairs to a Russian container ship have enabled it to head home after a power outage left the vessel loaded with diesel fuel adrift off British Columbia’s north coast. Michael Gurney of the Prince Rupert Port Authority said a defective engine oil cooling pump has been replaced on the Simushir. “The ship will resume its original course north to Russia,” he said Saturday. “There is actually a Russian icebreaker standing by to escort it to its final destination.” Gurney said the 10 crew members were directed to stay on board and help with repairs after the ship became disabled last week. The captain is still recovering in Vancouver from medical issues that required him to be airlifted from the vessel, he said. “The ship’s owners flew in a replacement captain two days ago to Prince Rupert and it’s under his direction that the vessel will leave Prince Rupert harbour.” The Simushir was carrying hundreds of tonnes of bunker and diesel fuel when it ended up adrift last Thursday near the coast of the Haida Gwaii archipelago, a marine sanctuary off the coast. A tug boat arrived Saturday night to tow the ship to port after a tow line from a Canadian Coast Guard ship snapped three times and set the vessel adrift again. The Haida Nation was particularly concerned about the potential environmental disaster if the vessel had drifted into shore. Debate about oil tanker safety off the West Coast is already underway, where two proposed oil pipelines would connect the Alberta oilsands to ports in B.C. (CKNW, The Canadian Press)

Disabled Russian-flagged cargo ship Simushir, which was floating off the west coast of Haida Gwaii with 10 crewmembers onboard, has reached a dock in Prince Rupert Port around 3. a.m. yesterday morning local time (Oct. 20), the Port Authority said.

The operation at the "Sinushir" has transitioned from a Search and Rescue (SAR) operation to a commercial towing operation being conducted by Foss Maritime. The commercial towing operation was being monitored closely by the Joint Rescue Coordination Centre (JRCC) Victoria and the Canadian Coast Guard. The 10 crew members remained on board. Around 5:30 p.m. on Oct 18, the tug "Barbara Foss" reached the vessel, successfully took it under tow and began heading in a northwesterly direction, keeping a safe distance from the west coastline of Haida Gwaii. The RCAF Cormorant helicopter, RCAF Buffalo aircraft and US Coast Guard Jayhawk helicopter that were on standby at Sandspit airport have returned to their regular duties. The convoy was north of Kiis Gwaii (Langara Island) on Oct 19, travelling east at seven knots, destined for Prince Rupert. The vessels had reached the northwest end of Haida Gwaii and have begun an eastern transit into the Dixon Entrance. They were approximately 86 NM back from Prince Rupert and were expected to be in the vicinity of Prince Rupert early the next morning. They were accompanied by the "Sir Wilfred Laurier", the "Gordon Reid" has been stood down. The "Gordon Reid" had also attempted to tow the freighter away from the Haida Gwaii coast; but all attached lines eventually snapped in the heavy seas. A Canadian Armed Forces helicopter from the 442 Sqn. Comox earlier had airlifted the vessel's injured master. Photos and videos: https://www.youtube.com/watch?v=dehb-1Ku1Pc https://www.facebook.com/Maritime.Forces.Pacific