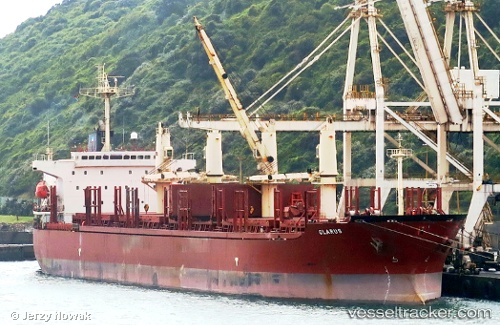 One month after they were kidnapped by pirates, the 12 crew members of the "Glarus" have been released. After a medical check they were repatriated. The sailors were from the Philippines, Croatia, Bosnia, Slowenia, the Ukraine and Romania. If a ransom was paid, was not reported.

The Swiss company Massoel Shipping on Sep 25 confirmed that there was contact with the kidnappers who held 12 of the 19 crew members of the "Glarus" as hostages. They were held together and were in good spirits. The company also was keeping close contact with the families about the development. The first and absolute priority was the safe release of the hostages. Massoel did not comment on operational issues as this could harm the safety of the hostages. The ship was now safe at Poprt Harcourt with the remaining seven crew members on board.

The Nigerian Maritime Academy was commencing a search and rescue mission for abducted 12 crew members onboard a "Glarus" which was hijacked off Bonny Island, Rivers State on Sep 22, 2018. The ship was carrying wheat to Port Harcourt when it was attacked. The intruders boarded the "Glarus" by means of long ladders and cut the razor wire on deck 45 nautical miles from Bonny Island in the Niger Delta. They destroyed much of the vessel’s communications equipment. The crew included seven Philippines and one Slovenia, Ukraine, Romania, Croatia and Bosnia national. On Sep 24 the Director General of the Agency, Dr Dakuku Peterside, stated that NIMASA was working closely with the Forward Operation Base and the Falcon Eye of the Nigerian Navy along with other relevant security agencies to ensure the release of the crew members. The Nigerian Navy said that it had begun an investigation that will lead to the rescue of 12 crew members.