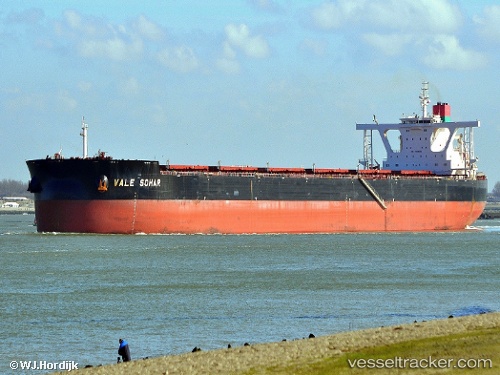 Oman Drydock Company (ODC) in Duqm in the Governorate of Al Wusta received on May 23 the vessel Sohar Max. It is the biggest vessel to enter the dry dock since starting operation in 2011. The vessel, owned by Oman Shipping Company, is 360 metre long, 65 metre wide with a capacity of 400,000 tonnes. “Sohar Max’, which is used in transporting iron ore, will be under maintenance for 11 days.

Four years after the debut of the valemax, first giant bulker arrives in China fully laden

Finally, four years after the delivery of Vale’s first very large ore carrier, one of these giant 400,000 dwt bulkers has made a voyage fully laden. In the wake of the recent lifting of the Chinese ban of these so called valemaxes, the Sohar Max called at Dongjiakou port in the north of the People’s Republic over the weekend, fully laden with iron ore from Brazil’s Ponta Da Madeira port. Unlike in the past, the ship did not need to tranship in the Philippines or Malaysia, where other valemaxes have had to offload cargo in the past ahead of onward travel to China. Vale and Beijing reached détente recently, with the Brazilian miner vowing to give Chinese shipping lines a swathe of VLOCs to shift iron ore from Brazil. Valemaxes have been some of the most controversial vessels in world shipping. Their giant size and previous limited trading capacity had seen them compared to the underutilised ultra large crude carriers (ULCCs) of the 1970s. Memorably, the 1979-delivered Seawise Giant, the largest ship ever built, clocking in at 564,763 dwt, never travelled fully laden. http://splash247.com/four-years-after-the-debut-of-the-valemax-giant-bulker-arrives-in-china-fully-laden/