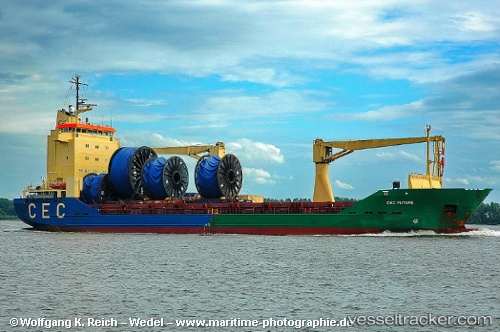 Accused pirate may claim to have been used as a translator

A man accused of being one of the Somali pirates involved in the 71-day siege of the "CEC Future" in the Gulf of Aden can claim that the actual pirates were using him as a translator, a federal judge ruled. Pirate took over the ship on Nov. 7, 2008, while the ship was transporting cargo for Texas-based McDermott International. After using AK-47s, a rocket-propelled grenade and handguns to seize the vessel, the pirates held the cargo and 13 crew members as hostage for 71 days, until the ship's Danish owner, the Clipper Group, delivered a $1.7 million ransom. Ali Mohamed Ali, who faces charges of conspiracy, aiding and abetting, piracy, and hostage related to the incident, claims that he was as much a prisoner as the CEC Future's crew. Though Ali says pirates ordered him to board the Karagol and translate demands from their pirates to the Clipper Group, prosecutors say Ali negotiated a ransom of $1.7 million for the pirates and $75,000 for himself. In a heavily redacted ruling, U.S. District Judge Ellen Huvelle agreed to let Ali present evidence that could reveal his true intentions. She also refused to let him suppress evidence that he claims investigators obtained illegally. Last year, Jama Idle Ibrahim aka Jaamac Ciidle was sentenced to 25 years in prison for his role in the Gulf of Aden hijacking.

A Somali man accused of negotiating a ransom after pirates seized the "CEC Future" in the Gulf of Aden has been brought to the United States to face criminal charges, the Justice Department said on Thursday. It said that Ali Mohamed Ali, 48, was charged with conspiracy to commit piracy, piracy, attack to plunder a vessel and aiding and abetting in the crimes. If convicted, he faces a sentence of up to life in prison. Ali and others were charged with conspiring to take over the M/V CEC Future, a Danish-owned vessel carrying American cargo, in a bid to hold the crew and cargo for ransom. http://af.reuters.com/article/topNews/idAFJOE73L01P20110422