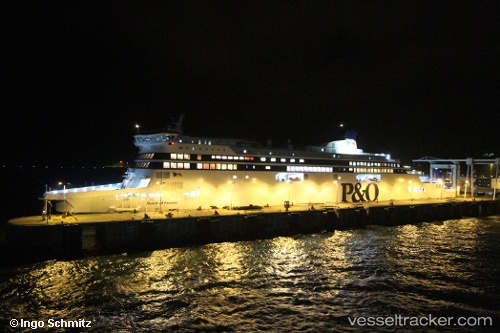 On July 12, 2020, the 'Spirit of France' observed a boat with migrants and alerted the CROSS Gris Nez which deployed the coastal surveillance vessel 'Scarpe' from the Boulogne-sur-Mer maritime gendarmerie and then launched the 'Eulimène' of the national gendarmerie in Calais in order to assist them. At 6:23 p.m., 6 migrants were recovered in state of hypothermia by the speedboat. Before, it already had rescued another six migrants from a boat NW of Cap Gris-Neuz. At 7.20 p.m., the 12 migrants were brought back to the port of Calais where they wer taken care of by the firefighters and the border police.

On May 22, 2020, at 3:52 a.m., the CROSS Gris-Nez was alerted of a distress situation by the 'Spirit of France' ferry which reported that a boat with six migrants on board was in difficulties in the port channel of Calais. The CROSS Gris-Nez immediately sent the speedboat 'Scarpe' of the maritime gendarmerie, based in Boulogne-sur-Mer, to assist them. Arriving in the area at 5:26 a.m., the 'Scarpe' took charge of the shipwrecked people and took their boat in tow. At 07:36 a.m. they were brought to the port of Calais where they were taken care of by the border police.