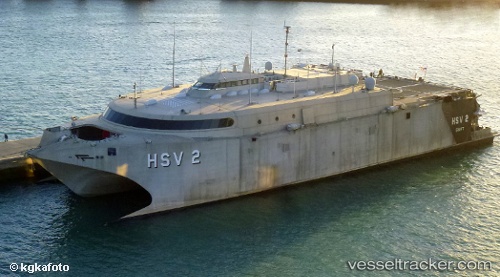 Details surrounding the attack on the "Swift 1" remain very fuzzy. The wreck was being towed to Eritrea for examination. It was badly damaged. Fires have burned off much of its forward upper structure. A large fissure in the bow appeared to show where the weapon struck. The height of its impact above the waterline was likely what kept the ship from sinking. Major parts of the ship’s structure not directly affected by the blast were probably warped due to the heat from the resulting fire. The UAE claimed the ship had been operating in and out of Aden for a year on a humanitarian mission. This claim, that military materiel and personnel were not moved by the ship, remains uncorroborated. In more than a year of operating routine journeys to Aden, the civilian ship has carried thousands of tonnes of humanitarian assistance and more than 1,000 wounded people, along with their companions, in addition to large equipment for the electricity, water and healthcare sectors which had significantly eased the suffering of the residents of Aden through the restoration of the infrastructure in these vital sectors. Reports with photos: http://gulfnews.com/news/gulf/yemen/we-never-thought-they-d-target-an-aid-vessel-crew-of-uae-ship-off-yemen-1.1907405 http://www.thedrive.com/the-war-zone/5448/images-show-a-badly-damaged-hsv-2-swift-following-attack-off-yemeni-coast

The "Swift 1" which was attacked on Oct 1 near the Strait of Bab el-Mandeb, which links the Red Sea and the Indian Ocean and which was targeted by one or more missiles or rockets fired from small boats, was first reported as sunk. But the Arab coalition currently engaged against the Yemeni Houthi rebels ensured that the catamaran was still afloat and, although damaged, was the subject of a rescue operation to bring it into port in the United Arab Emirates. The catamaran had carried 5,600 tonnes of food and medical supplies that were dropped off in Yemen. The ship had a civil crew of 24 members, including 10 Indians, seven Ukrainians, four Egyptians, a Jordanian, a Filipino and a Lithuanian. Those who were injured in the attack were being treated in the UAE. On the whole three crewmen were injured in the attack. Two of the men have been released from hospital. The captain, who underwent an operation on on OCt 4, was in stable condition and still recovering from his injuries at hospital. The weapons used could have been Chinese-built C-802 anti-ship missiles (NATO reporting name CSS-N-8 Saccade) or guided anti-tank weapons. The AIS track for the "Swift" showed that it was in the international shipping lane near Mocha approximately 20-25 km from the Yemeni coast) when contact was lost at 00:28 GMT on Oct 1. Al Houthis initially attacked the vessel by firing a shell that caused a fire on board, and then came on speedboats and opened heavy gunfire. Crew members were surrounded by fire due to the explosion on-board and constant firing of shots for about 1,5 hours. They tried extinguishing the fire, but a carbon dioxide tank (CO2) was damaged, so theyhad difficulty with breathing and vision. Speedboats pursued the attackers and finally took the crew off. Three U.S. warships were dispatched off the coast Yemen following the attack. The ships –the guided-missile destroyers USS "Nitze (DDG-94)", USS "Mason (DDG-87)" and the afloat forward staging base USS "Ponce (AFSB(I)-15)" were on station off Yemen near the Bab Al Mandeb Strait which is a key transit route for ships passing from the Mediterranean through the Suez Canal into the Indian Ocean. The two guided missile destroyers were assigned to the "Dwight D. Eisenhower" carrier strike group operating in the region.

(Reuters) – Arab coalition forces have launched operations against militia boats of Yemen’s Houthi group that struck a civilian logistics ship on a humanitarian voyage in a strategic Red Sea shipping lane, the Saudi-led alliance said. The vessel, an Australian-built high-speed logistics catamaran under lease to the United Arab Emirates military, was attacked by Houthi fighters near the Bab al-Mandab strait off Yemen’s southern coast on Saturday. The coalition rescued its civilian passengers. No crew were hurt. In a statement late on Saturday, the coalition said the vessel belonged to the UAE Marine Dredging Company “on its usual route to and from Aden to transfer relief and medical aid and evacuate wounded civilians to complete their treatment outside Yemen.” Video at: https://youtu.be/WTNeEYlO3Iw https://gcaptain.com/yemen-rebels-destroy-uae-military-logistics-ship-in-red-sea/