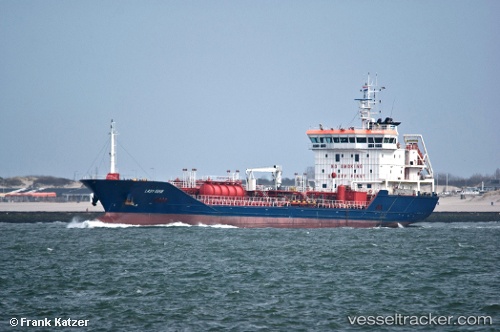 Prosecutors in Lorient closed case of collision with trawler

Nearly four years after the "Lady Özge", nowadays the "T. Leyla", sank the trawler "Père Milo" on Apr 8, 2012, about 36 km west of Belle-Ile-en-Mer, prosecutors in Lorient decided to close the case without result. One of the two crew members, Christophe Rio, 40, came to death and has never been recovered. The authorities have not officially reported the case to France, so the Lorient court has no jurisdiction," said the prosecutor of Lorient, Laureline Peyrefitte. The result of the investigation of the Coastguard of Brest, was sent to the Turkish authorities, the flag country of the tanker. Previously, the BEA-Mer had pointed to two key factors in the collision, the first was a lack of sleep and an alarm which was not activated aboard the trawler. The report suggested a lack of rigorous monitoring of the situation and a lack of anticipation in the avoidance maneuver on the "Lady Özge". The BEA Mer came to the conclusion that both involved vessel felt privileged in passing the other. A decision that was denied the father of the victim, Martial Rio, who has always denied that judicial proceedings were conducted in Turkey, as allowed by international law as the collision took place outside French territorial waters. He wanted a trial court in Lorient. French reports with photos: http://www.letelegramme.fr/morbihan/belle-ile-en-mer/naufrage-du-pere-milo-l-affaire-classee-sans-suite-06-04-2016-11021432.php http://www.ouest-france.fr/bretagne/lorient-56100/naufrage-du-pere-milo-belle-ile-il-ny-aura-pas-de-proces-4146439

A minesweeper will examine the wreckage of the "Père Milo" sunk by the "Lady Özge" on April 9 off of Morbihan, as soon as weather permits. It will aim to verify if the trawler was in fishing action at the time. Specifically, the mine sweeper will check if trawls were in the water. If this was the case, the tanker would have had to give way to the fishing boat. The tanker crew dispute that the trawler was fishing and affirmed that there was a person on the bridge of the trawler. As part of the investigation for "involuntary manslaughter", the captain and two crew members were questioned on Apr 10.

The wife of Christopher Rio, the skipper who disappeared in the wreck of his trawler "Père Milo" on Apr 9, has decided to file a complaint against the helmsmen of the "Lady Özge" on Apr 12 at the High Court of Lorient. After initial investigations the vessel was released on Apr 10 and sailed to Dunkirk, where the ship was expected to deliver its cargo of sunflower oil. At the request of the Court of Dunkirk the arrest of the vessel was ordered. The "Lady Özge" remained at the quay since Apr 13 at 1 p.m. and forensic examinations were conducted Apr 17 morning. French report with photo: http://www.ouest-france.fr/actu/actuLocale_-Pere-Milo-l-epouse-du-patron-porte-plainte-_-2067016------56121-aud_actu.Htm