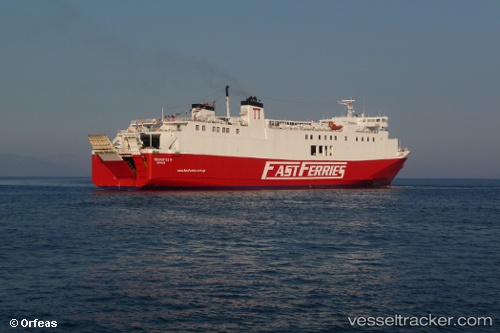 The 'Theologos P' suffered a mechanical damage on the scheduled route Mykonos-Tinos-Andros-Rafina on July 5, 2020. It had sailed from Gavrion at 2.20 p.m. with an ETA at the port of Rafina as of 5.30 p.m. The ship had 687 passengers, 50 crew members, 111 vehicles, 15 trailers, two buses and 18 two-wheelers on board. The ship remained stationary in port as of July 6.

The 'Super Ferry' took over the scheduled voyage of the 'Theologos P.' on March 28, 2020, at 5.30 p.m. from the port of Rafina to Andros, Tinos, Mykonos. The 'Theologian P.' returned to the port of Rafina where she will remain tied until a suspected case has been examined and a decision made on what to do next. A crew member suffered high fever and was isolated in his cabin. The rest of the crew will remain in quarantine until it has been determined whether he is eventually positive or negative for the virus.

Two elderly passengers injured in fall on board

In the evening of June 19, 2019, the Port Authority of Tinos was informed by the Captain o"Theologos P" that two passengers, aged 83 and 81 years, had been injured when the ship arrived at the port, coming from Gavrio. The 83-year-old, who descended on the aft ramp of the ship, lost his balance, resulting in his fall and causing the 81-year-old man to fall too. Both were transferred to the Tinos Health Center, where first aid was provided, while a preliminary investigation was carried out by the Port Authority.