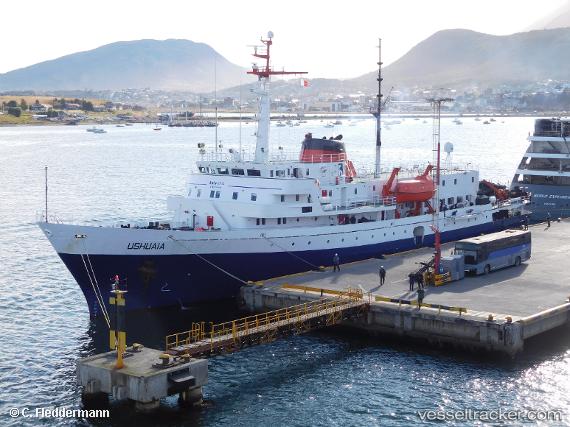 On April 8 the 'Ushuaia', which has been anchored two weeks ago off the coast of Mar del Plata, Argentina, entered the city's port and disembarked the 37 crew members on board under strict health and safety control measures to prevent possible cases of Covid-19. The arrival of the cruise ship had been pending since April 2, when the Federal Justice authorized the entry by nullifying a precautionary measure that prevented it. Meanwhile, in the absence of cases of symptomatic persons since the departure of the ship from the port of Ushuaia, the occupants of the ship must remain in preventive isolation for 14 days. fter this period, they have no indication of isolation, however, they must comply with the indications that reach them within the framework of mandatory preventive isolation.

The federal judge of Mar del Plata, Santiago Inchausti, has authorized the entry of the 'Ushuaiai' to the port of Mar del Plata and the disembarkation of its crew. The ship had judicially been halted after Guillermo Montenegro, mayor of that town, prohibited the entry for fear that any of the passengers or crew members were infected with coronavirus. The municipal health authority reported that none of the travelers showed symptoms compatible with COVID-19.Judge Inchausti annulled the precautionary measure that prohibited the entry of the vessel to the city port. The "Ushuaia" ship, with Togolese flag and a mostly Argentine crew, remained at anchor off the coast of Mar del Plata as of April 6. It had left Tierra del Fuego on March 20, when the national decree that imposed the mandatory quarantine was in force. Beyond the authorization of the disembarkation of the crew for humanitarian reasons, the criminal investigation was ongoing to determine whether the vessel violated the regulations in force at the time of departure. The port entry on April 7 will depend in the next few hours on the weather conditions, and will require the activation of safety and health protocols. To finalize the entry of the cruise ship, the authorizations of the Mar del Plata Regional Port Consortium and the Argentine Naval Prefecture still remain.