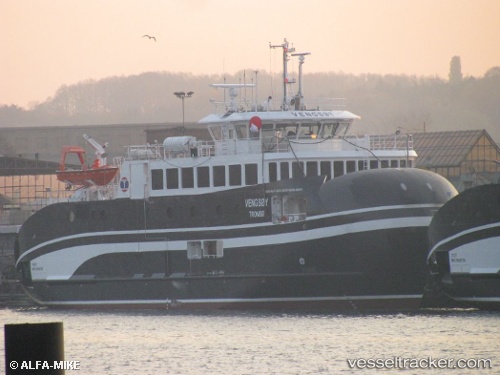 On March 15, 2021, at 7 p.m. a worker on board the 'Vengsøy' was injured when falling on board while the ship was in Nordreisa. The emergency services responded to the accident. The man was conscious, but suffering some pain. The police was at the scene and investigated the accident. The Norwegian Labor Inspection Authority and the Norwegian Maritime Directorate have been notified.

The "Vengsøy" was taken out of operation until further notice after suffering a damaged propeller on Feb 6, 2017. The ferry was underway from Musvær to Vengsøy, when the incident happened. The ship lost steering, and the anchor was dropped. When it was hoisted again, the anchor chain got in contact with the propeller, causing damage to the blades of the propeller. There were no passengers or vehicles on board. The ferry was able to proceed to Belvik for inspections, and it was decided to take the ferry out of service. The "Røtinn" which is slightly larger, was inserted as a replacement ferry. The "Vengsøy" was sent to Ibestad, where the blades were being replaced. It was expected that the "Vengsøy" would be back on track before the weekend.

The "Vengsøy" is still docked in Tromsø, and the port Vengsøy has regained its old ferry from the 70s. - When wethe ferry was sent to guarantee docking in Møre a major damage to the hull was discovered which came from a previous allision with a quay in Belvik. The damage below the water surface was only discovered when the ferry was drydocked. While repairs at the hull were meanwhile carried out, the twisted foundation of the quay still has to be repaired.