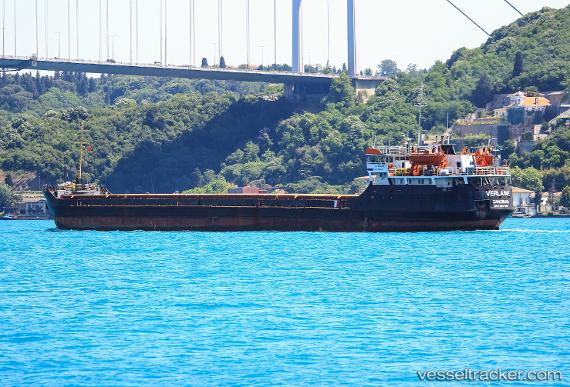 The cargo m/v "Mumammet Gumustas 5" dragged anchor and drifted towards anchored the "Verlaine" which was moored at Sinop Anchorage in the Black Sea, and hit it at port side, in the afternoon of Jan 4, 2018. The accident happened in rough weather conditions. Both ships sustained hull damages above the waterline, and remained anchored for surveys and investigations. Turkish report with photo: https://www.denizhaber.com.tr/sinopta-muhammed-gumustas-5-ve-verlaine-isimli-gemiler-catisti-haber-86143.htm

Collision in Sea of Marmara

The "Verlaine" suffered mechanical problems while transiting the Istambul Strait on April 18, 2010. It was ordered to anchor at Byukdere for repairs and the captain had to pay a fine for breaking Safety Regulations.