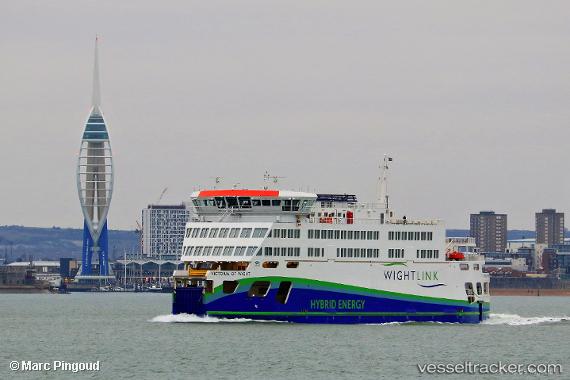 A technical issue aboard the 'Victoria of Wight' has resulted in the cancellation of a number of sailings on the Fishbourne-Portsmouth route in the afternoon of Dec 10, 2019. The 1 p.m., 3 p.m., 5 p.m. and 7 p.m. sailings from Portsmouth Gunwharf and the 2 p.m., 4 p.m. and 6 p.m. sailings from Fishbourne were cancelled. Only the 'St. Clare' remained operating the cross-Solent service. Due to the ongoing technical issue, a number of sailings have been cancelled also on Dec 11, affecting the departures at 06.00 and 08.00 a.m. from Portsmouth and the departure at 07.00 a.m. and 09.00 a.m. from Fishbourne. Booked customers will travel on the next available sailing. The ferry remained sidelined in Portsmouth for troubleshooting.

Bembridge RNLI was launched on Nov 1, 2019, to assist the 'Victoria of Wight', which was moving at three knots after having suffered engine trouble and a sudden loss of power on its 8 a.m. sailing from Fishbourne to Portsmouth. The lights on the ship which had on board 145 passengers and 13 crew memberswent out briefly before the ship stopped. The cause was described as a technical fault with the propulsion system. A tannoy announcement on board has confirmed that the tug 'Yorkshireman' (IMO: 9655884) was joining the vessel as it approached Portsmouth. The ferry was pulled to Portsmouth’s International Ferry Port and docked at berth 4 around 11 a.m. Operator Wightlink was warning of delays on its car ferry services as a result of the ship’s loss of power. Wightlink engineers will assess the situation. There will be alterations to Wightlink’s services later in the day, Wightlink was contacting customers who will be affected and moving them to alternative sailings. The 11am, 1pm, 3pm, 5pm and 7pm sailings from Portsmouth were off as well as the 12pm, 2pm, 4pm, 6pm and 8pm sailings from Fishbourne. Report with photo: https://iwradio.co.uk/2019/11/01/passengers-stranded-as-wightlinks-victoria-of-wight-loses-power/

Wightlink Ferries’ new environmentally friendly flagship, Victoria of Wight, was named by Her Royal Highness The Countess of Wessex in Fishbourne on the Isle of Wight on 20 September. Local schoolchildren, Wightlink’s suppliers from the Isle of Wight and other invited guests watched as The Right Reverent Christopher Foster blessed the £30 million (US$39.3 million) hybrid energy ferry. According to maritime tradition, the Countess of Wessex then broke a bottle of champagne over the ship’s bow.