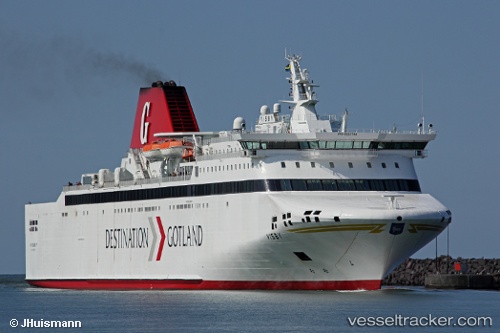 The "Visby" ran aground in the port of Oskarshamn in the morning of July 5, 2019, at 9.15 a.m. with more than 700 passengers on board. The wind blew with speed between 17 and 19 meters per second, and when the ship swung around it got out of the normal turning radius and had a bottom touch. The ferry was able to reach the quay but was sidelined for investigations The hull was examined by divers, who did not find hull damage affecting the operation of the ship. The plan was for the vessel to depart for Visby at 6 p.m.

Shortly after the "Visby" left the port of Visby on July 7, 2016, at 4.30 p.m. a fire started on the car deck. As a precaution the captain decided that the ferry turned back to the harbour where it docked at 5.15 p.m. The ferry was fully booked. The captain informed the passengers about the fire. The refrigeration unit of a cargo trailer was found to be smoking. It was probably a small fire in the unit that was extinguished within short time by the internal fire fighting group on board. At 5.30 p.m. the ferry left the port again after it was checked that everything was okay. The ship reached Nynäshamn at 8.15 p.m. Swedish report with photo: http://sverigesradio.se/sida/artikel.aspx?programid=94&artikel=6469471