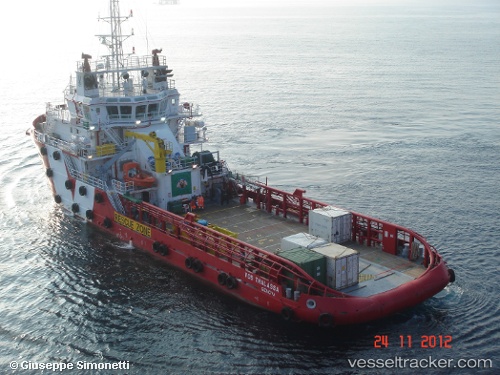 Italy's judiciary prohibits the repatriation of migrants to Libya

Italy's judiciary prohibits the repatriation of migrants to Libya. On Aug 21, 2021, the Italian Coast Guard, in cooperation with the "Sea-Watch 3", had rescued 89 migrants southwest of Lampedusa. Two court rulings in Italy were giving the government's policy of warding off migrants a shock. On the one hand, an investigating judge in Agrigento closed the case against the German captain Carola Rackete. This had brought the rescued migrants to Italy despite the ban. On the other hand, the Court of Cassation ruled in the last instance that migrants may not be returned to Libya against their will. Rackete had commanded the "Sea-Watch 3" which had entered the port of Lampedusa with about 5ß migrants on board against the order of the authorities on June 29, 2019., where a slight collision with a boat of the Italian financial police took place. Now the judge stated: "Carola Rackete acted in the fulfillment of her duty to rescue the sea, according to the national and international maritime law." This can be applied analogously to all sea rescue operations by private organizations. The captain was charged with resisting officials and violence against a warship. The judge found, however, that repatriation of the migrants was out of the question. Tripoli could not be viewed as a safe port, as thousands of refugees and migrants were being arbitrarily detained in Libya and possibly tortured. The judgment leads to the inevitable conclusion that under such circumstances - and they are essentially the same to this day as they were then - landing in a safe harbour in Italy is compulsory and cannot be prohibited. In another case, the Court of Cassation has also stated that Libya is an unsafe place and that no one can be brought back who does not agree to it. On July 10, 2018, the “Vos Thalassa” picked up 67 migrants from a wooden boat off the Libyan coast. The Italian authorities gave instructions that these were to be returned to Libya. A kind of mutiny broke out on the ship; the rescued forced the crossing to Italy. Two of the migrants were sentenced to 3,5 years imprisonment and a fine of 52,000 Euros last year as ringleaders for promoting secret immigration and for resisting and violating officials. This was wrong, found the court of cassation. The two accused may have threatened physical and psychological harm in Libya. According to international law on non-refoulement, their resistance to repatriation should therefore not be seen as violence against officials, but as legitimate self-defense. Both cases occurred at the time when the right-wing politician Matteo Salvini was Italy's interior minister. At that time he chose the German captain as his favoruite enemy, calling her a “communist”, “pirate”, “criminal”, “show-off”, “migrant skipper” and “prevented murderer”. He helped her to some fame and was accused by her of insult, which he in turn put on his lapel as an "award". Similarly, he had described the mutineers on the “Vos Thalassa” as “kidnappers” and “saboteurs” who had to be carried away in handcuffs. With the judgment of the Court of Cassation, the defense system of the Italian government against boat migrants, which was set up before Salvini, is weakened at a crucial point. It is now the supreme authority of the Italian judiciary that describes Libya as an “unsafe place” to which rescued migrants cannot be returned against their will. The competent United Nations authorities had long since emphasized this, but it had little effect. However, the ruling is unlikely to prevent Italy and the European Union from continuing to finance the Libyan Coast Guard, which carries out the bulk of the repatriations to Libya. According to the International Organization for Migration IOM and agency reports, more than 1,500 people drowned on the central Mediterranean route in 2021, around 200 of them in the last ten days. Around 100 bodies were washed ashore on Libyan coasts. During the same period, the Libyan Coast Guard intercepted around 1,000 migrants at sea and brought them back to Libya.

The "Vos Thalassa" found itself caught in a riot after saving 60 migrants at sea. They rebelled against the crew members for fear of returning to Libya. The crew after some threats was forced to lock themselves in the control room. The vessel remained off the Italian coast to establish whether the migrants were not in the Libyan Coastguard's area of competence. The castaways were transferred onto the "Diciotti" of the Italian Coastguard which was thereupon refused entry into Italian ports too. The "Vos Thalassa" entered the port of Tripolis on July 12.

The "Vos Thalassa" that rescued 66 migrants in Libyan search and rescue waters in the night of July 10, 2018, has been refused entry to an Italian port. The Italian Interior Ministry is angry with the crew of the for picking up the migrants, instead of leaving the rescue to the Libyan Coastguard. The stand-off has been resolved with the transfer of the migrants to an Italian Coastguard ship. It was likely, but not yet confirmed, that the Italian Coastguard would now disembark the migrants to Italy. Italy’s new populist government, comprising the anti-immigration League party, wants migrants to be intercepted and returned to Libya, rather than being allowed to arrive in Europe.