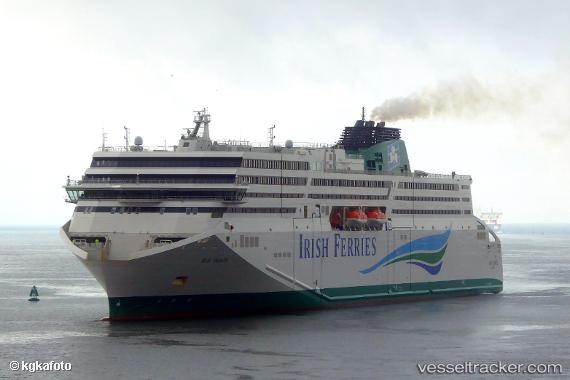 A body has been found washed ashore in the search for a man who went missing while travelling on the 'W.B. Yeats' from Dublin to Holyhead. He was reported missing on Oct 5 at 9 p.m. after being last seen on the ferry at around 4 p.m. A major sea search was launched off the coast of Wales, and now local police have confirmed that a body has been discovered at Ynys Y Fydlyn in Anglesey where a local had raised the alarm. The RNLI and local coastguard brought the body to the Holyhead lifeboat station before it was transferred to Gwynedd Hospital, Bangor. It was not known yet if the body is that of the missing man but his family has been informed.

Crew member fell over board and remained missing

On Oct 5, 2020, at 9 p.m. alarm was raised after a Polish crew member probably fell over board the 'W.B. Yeats' in the Irish Sea, while the ferry was operating the Dublin to Holyhead route. The crew man was last seen between 3.30 and 4 p.m. on Oct 5. A search was launched which was being overseen by the HM Coastguard in Holyhead in Wales, the Irish Coast Guard was providing assistance and provided an aircraft on Oct 6 from about 12.30 a.m. to 3 a.m. on Oct 6. The volunteer RNLI crew from Holyhead were paged at 10.50 p.m. The lifeboat 'Christopher Pearce' and the inshore D-class 'Mary and Archie Hoope'r were launched. The Porthdinllaen’s Tamar class lifeboat 'John D Spicer' launched just after 11 p.m. and the volunteer crew searched an area 70 miles to the west of South Stack. The sea state was slight to moderate. Moelfre’s Tamar class lifeboat 'Kiwi' was launched just before 11.15 p.m. After several hours of searching, assisted by the Irish Coastguard helicopter and the UK Coastguard’s fixed wing aircraft, the RNLI lifeboats returned to their respective berths. Holyhead’s inshore lifeboat was back at station at 1.30 a.m., the all-weather lifeboat returned to her berth at the inner port of Holyhead at 3.30 a.m. Porthdinllaen’s all-weather lifeboat returned to the slipway by 4.30 a.m., with Moelfre returning by 5.20 a.m. The search lasted until the afternoon of Oct 6 and was called off in the evening after covering over 1,000 square nautical miles with nothing found.

The "W.B. Yeats" which departed from Flensburg on Dec 15, has taken a different delivery route bound for Ireland.. AFter sailing from the shipbuilder Flensburger Schiffbau-Gesellschaft (FSG) in Flensburg, itheaded northward into the Kattegat. Between Saeby and Læsø the Latvian flagged bunker tanker "Zircon" supplied the ferry with fuel. On Dec 18 at 9.30 a.m. the ship berthed in Cherbourg. The cruiseferry is to enter service in mid-March 2019. Report with photo: https://afloat.ie/port-news/ferry-news/item/41326-w-b-yeats-takes-on-bunkers-while-in-the-kattegat-before-delivery-to-ireland