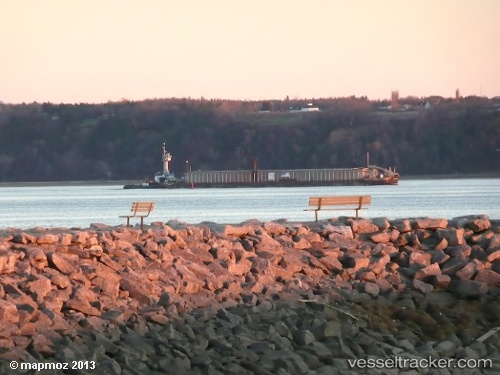 Tug and barge in trouble on Beauharnois Canal

The "Wilf Seymour" suffered a problem with the starboard-side main engine in position 046 53 15.6 N, 070 55 19.8 W, pproximately one nautical mile northwest of Saint-Michel-de-Bellechasse, Quebec, on Oct 30, 2018, at 8 a.m.Consequently, the tug was forced to reduce its speed. However, the vessel was still capable of using the port-side engine. After repairs were made, the vessel continued its voyage.