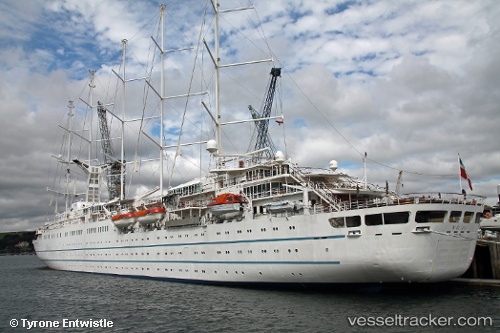 Cruise guests on Windstar’s 51-day Grand Mediterranean adventure will embark the 310-passenger MSY Wind Surf on July 7, 2019, in Europe’s Westernmost port of Lisbon, Portugal, prepared for an adventure visiting ports in central Europe sailing across the Mediterranean. An equal match, the Wind Surf is the world’s largest sailing ship at 14,745 gross tons, 617 feet in length with 26,881 square feet of sails soaring 220 feet skyward. The ship will traverse the inland ocean during the cruise high-season on a comprehensive Mediterranean voyage. The cruise will call at popular ports and hidden harbors in Portugal, Spain, Gibraltar, Malta and Italy, sailing to the farther reaches of Croatia, Montenegro, Greece and Turkey, and then doubling back to Monaco and France before landing in Barcelona on August 27, 2018; all told, eight weeks of discovery spanning nearly 9,500 nautical miles.

A unit of Denver billionaire Philip Anschutz’s Anschutz Corp. — TAC Cruise LLC — is on its way to owning Ambassadors International Inc., operator of Windstar Cruises, according to a news report. The company won a bankruptcy auction for virtually all the assets of Ambassadors International (Pink Sheets AMIEQ) with an offer of about $39 million, Bloomberg reported Tuesday.Ambassadors operates Windstar’s three-ship fleet of luxury yachts which sail to the Caribbean, Europe, the Americas and the Greek Isles. More at http://www.bizjournals.com/denver/news/2011/05/17/anschutz-unit-acquires-cruise-line.html