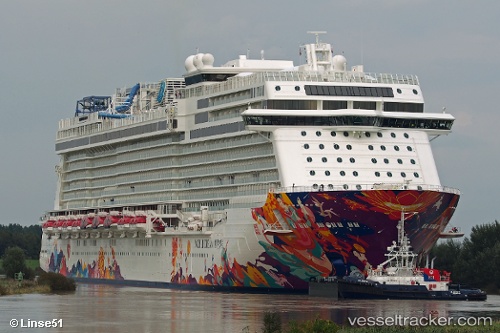 The 'World Dream' has ceased operations. The vessel was the only ship sailing for Dream Cruises, and due to the ongoing challenges of the company, will no longer continue with future cruises. Dream Cruises is a division of Genting Hong Kong, which filed for bankruptcy in January 2022. Joint provisional liquidators were appointed to oversee the company’s restructuring in an attempt to salvage operations, but that has proven less successful than hoped. According to a statement released by Genting Hong Kong, ongoing difficulties have determined that “liquidity continues to deteriorate given the absence of sustainable operational income under current challenging circumstance and in the face of mounting creditor pressure which poses an immediate threat to the operation of the vessel.” Because of the lack of income, operational expenses cannot be met and the “World Dream ceases operation on March 2, 2022.” The ship is currently scheduled to debark her passengers in Singapore on March 2, and there have been no announced changes to that plan. Future cruises, however, have been canceled. Booked guests are being contacted about their deposits and payments for future sailings, and can request refund claims through the company’s liquidators. While no guarantees have been made about how refunds may be processed or whether the company will be able to meet those financial demands at all, guests are urged to submit booking confirmation numbers and payment records with their requests. The ship was stationary at the Marina Bay Cruise Terminal as of March 4.

Cruise cancelled after case of Covid-19

Genting Cruise Lines cancelled a cruise scheduled to depart Singapore on Jul 14, 2021, after a passenger on the 'World Dream' tested positive for Covid-19 in the night of July 13. The 40-year old passenger, who tested negative prior to boarding the vessel on July 11, had been identified late on July 13 as being a close contact of a positive case ashore. Health authorities notified the ship, operated by Genting's Dream Cruises brand, which led to the company's CruiseSafe protocols developed jointly with classification society DNV immediately being put into action. The passenger was immediately isolated in the ship's quarantine facilities and administered a polymerase chain reaction (PCR) that returned a positive result just after midnight local time, early the next morning. Authorities said the passenger had been fully vaccinated and was asymptomatic. Three other people in the same travelling party as the passenger were also isolated. They too were administered Covid-19 tests, but these came back negative. All other passengers were asked to return to their cabins. The ship docked in Singapore at the Marina Bay Cruise Terminal in the morning of July 14, cutting short the cruise by several hours. The infected passenger and travelling companions were immediately transferred to a shore-based hospital for further testing. Other passengers were asked to remain in their cabins until official confirmation of the test results and contact tracing was complete. The 'World Dream' would undergo full cleaning and sanitisation, and a two-night cruise that was scheduled to depart in the evening has been cancelled as a precautionary measure.

Crew and passengers released from quarantine

The health authorities released the crew and passengers of the 'World Dream' from a quarantine imposed due to fears that some staff could have contracted the corona virus on a previous voyage and passed it on. The vessel had carried three Chinese passengers to Vietnam between Jan 19 and 24 who were later found to be infected with the SARS-like corona virus. The government grounded the ship on its arrival in Hong Kong on Feb 5 while tests were carried out on the crew, but said the passengers need not undergo examination as they had no contact with the three sick holidaymakers on the January trip. 3,600 people have been confined to the 'World Dream'. The passengers and crew isolated on the vessel had been expecting to stay aboard until Feb 12 after Hong Kong authorities said testing would take at least four days. But chief port health officer Leung Yiu-hong said on Feb 9 that all tests had results in the afternoon and are all negative. He added that passenger testing was deemed unnecessary because they were at relatively low risk. All 3,600 onboard will not be required to self-quarantine after leaving.