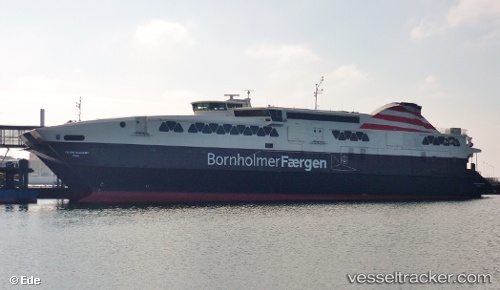 In the afternoon of Aug 12, 2022, the Greek Coast Guard was informed by the Master of the 'Worldchampion Jet' that it had suffered a malfunction due to an object being stuck in the water propulsion system, while it was sailing east of Keas. The ship was sailing on a scheduled route from the ports of Thira - Ios - Naxos - Mykonos - Syros to the port of Piraeus with 1171 passengers and 38 crew members on board. It sailed safely to the port of Piraeus. The Central Port Authority of Piraeus banned the ship from sailing until the repair of the damage and the presentation of a certificate of maintenance of class and seaworthiness by the classifier monitoring the ship.

The Port Authority of Piraeus was informed in the afternoon of Aug 29, 2020, about the injury of a 58-year-old passenger of the 'World Champion Jet' during its disembarkation from the ship in the port of Piraeus. He lost his balance resulting in a fall and injury to the upper extremities. Thevictim was transported by EKAB ambulance to the P.G.N. "Attica" for medical examinations. A preliminary investigation was carried out by the First Port Department of the Central Port Authority of Piraeus.

In the afternoon of Dec 10, 2018, the "Salaminomachos" while entering the Perama port, coming from Paloukia, the main port of Salamis, suffered a steering loss and subsequently allided with the "World Champion Jet" which was berthed in the repair zone. She had on board 98 passengers, six crew members, 50 vehicles and 17 motorcycles. Ni injruies were reported. She hit the "World Champion Jet" with its starboard bow and caused damage to the ferry. The "Salaminomachos" had small breaches at the foreship and was safely berthed at the Port Terminal 4 where the Central Port Authority of Piraeus carried out a preliminary investigation and detained both ships until class surveys were carried out.