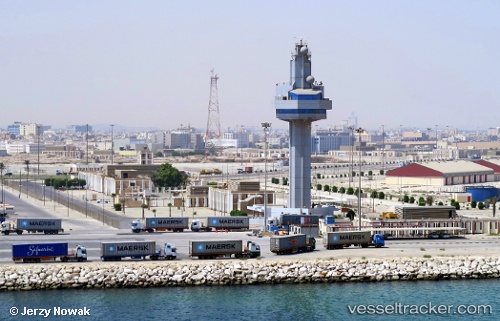 Saudi Arabia is expected to invest nearly 22 billion riyals ($5.86 billion) in a project to build a shipyard to construct large vessels for its oil industry, a newspaper in the Kingdom reported. The project in the Eastern Saudi port of Ras Al-Khair will be a joint venture between state oil giant Saudi Aramco, the National Shipping Company of Saudi Arabia, the UAE-based Lamprell and South Korea’s Hyundai Heavy Industries, Arabic daily Aleqtisadiah said, quoting informed sources. “Phase one will be completed in 2018 while the entire project will be completed in 2021,” the paper said. It quoted the sources as saying that the project would cut Saudi Arabia’s ship import bill by around 45 billion riyals ($12 billion) and boost its GDP by $17 billion. Source: Zawya Projects News

The Kingdom has launched 31 development projects worth SR2.518 billion ($671.5 million) at the Jubail Commercial Port.