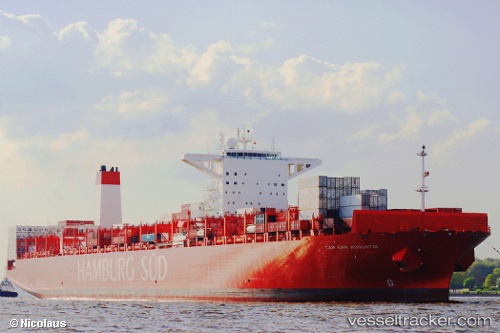 The 'Cap San Augustin' located a boat with 52 people of sub-Saharan origin, including six women and a child, who were drifting in a rubber boat on July 16 at 8.45 a.m. after having departed from Morocco on July 15. Salvamento Marítimo was notified and deployed the SAR vessel 'Salvamar Al Nair'. The container ship remained on standby until its arrival at 9:20 a.m. With the migrants on board, the vessel is heading towards Arrecife, where they wree disembarked at around 11:00 a.m. at the La Cebolla pier.