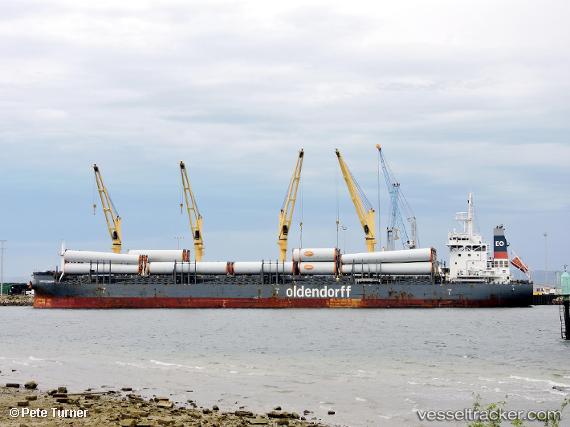 Welfare concerns have been raised by the International Transport Workers Federation in Australia (ITF) for a crew of about 20 aboard the "Eckert Oldendorff" which docked at Port Pirie on May 8, 2019. The ITF claimed that the bulk carrier had been sitting in the Spencer Gulf for about a month to six weeks, when they received allegations that there was not enough water on board for the crew. An engine room fire occurred on May 20 as it was leaving the port. Additional allegations, which have been disputed by Oldendorff carriers, claimed that the crew was not being fed and had been warned not to speak to anybody outside of the ship, particularly those from the union. Dean Summers, the national coordinator for ITF has contacted the Australian authorities that are responsible in this situation, the Australian Maritime Safety Authority, and was prompting that they completed another investigation of the ship. The ITF had been notified about a month ago but was now alarmed to hear more allegations that the captain has threatened the crew with punishments should they speak to the ITF. "Oldendorff refuses to sign on any of their ships either owned or chartered, agreements to set minimum standards for those seafarers and refuse to respect the seafarers right of freedom of association. I have taken these claim to the Australian Maritime Safety Authority, they have a responsibility to investigate and they have told us that they will and our claims are firstly about those human needs and also about the seafarers rights to association." The Australian Maritime Safety Association stated on May 23 in the morning, that they are aware of the complaint that has been made regarding the conditions and provisions aboard the vessel and have raised the issues with the master. "ASMA raised the matter with the master who confirmed that water for laundering had been rationed due to the extended stay at anchorage, but that food and water was adequate. He did confirm however that the vessel will be replenishing food and water at some point during their anchorage stay. The vessel subsequently berthed for 24 hours in Port Pirie to provision food and water and returned to the anchorage." ASMA conducted an inspection of the vessel on May 9 and confirmed there was adequate provisions on board for their upcoming voyage and did not receive any complaints about shore leave, pay or restrictions on associations while on board. The ITF will continue to ask Oldendorff to recognise seafarers with a collective agreement and will be imploring the Australian Maritime Safety Authority to take up a responsibility and to investigate all claims again from a government perspective.

Sensor failure off Isle of Wight