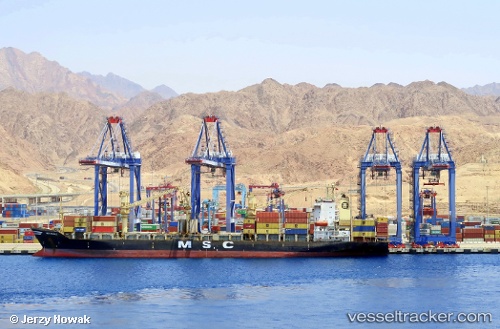 Subsequent Order For ShibataFenderTeam For Phase 2 Of Aqaba Container Terminal

The Aqaba Container Terminal (ACT) is the only container port in Jordan and the primary trade gateway for the Jordanian market, bordering five countries and three continents. The port handles capacities of 1.2 million TEUs and 1km of berthing. Under a joint Development Agreement between APM Terminals and the Aqaba Development Corporation (ADC), BAM International, a subsidiary of the European BAM Group, built the container terminal in 2013 and the Aqaba New Port in 2014. APM Terminals has invested USD 284 million in developing the terminal’s infrastructure and expanding its capacity.

Jordan wants to build a refinery at Aqaba, to process Iraqi crude from a planned pipeline linking Basra to the Red Sea-facing port, as the country aims to reduce its energy imports by 2020, its oil minister said on Tuesday. “Currently the refinery [at Zarqa] is being upgraded. If there will be a pipeline from Iraq, we will be looking to build a new refinery in Aqaba,” Hala Zawati said. “[We’re building] another one so that white product can be immediately exported through Aqaba.”