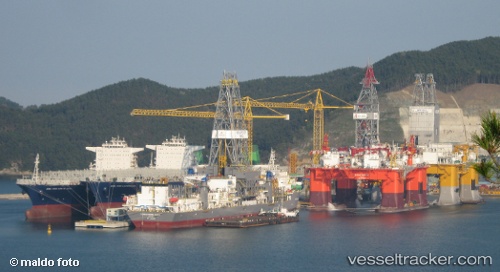 Bloomberg has suggested that Hong Kong may lose its ranking as the world’s fifth-busiest container port after its container volumes dropped for a second straight month in November last year (2017). Port authority statistics have shown that Hong Kong was the only container port among the world’s top five to report weaker traffic. In a report on its website, Bloomberg Intelligence’s analyst Rahul Kapoor said that South Korea’s Busan, ranked sixth, has narrowed the gap and is set to overtake Hong Kong on an annual basis in 2018. https://www.porttechnology.org/news/bloomberg_busan_to_knock_hong_kong_from_top_5_port_spot

SM Shipping, a newly created container liner under South Korea’s Samra Midas (SM) Group after the acquisition of the Asia-North America route from now-defunct Hanjin Shipping, will set sail on its maiden voyage on March 8 along the East and South China Sea with 1,000 twenty-foot equivalent (TEU) container onboard. The fledgling shipper’s first cargo service will depart Busan port in southern Korea and stop at China, Thailand, and Vietnam, according to shipping industry sources on Sunday. The carrier’s first full service in its Asia-North America route – leaving Busan and arriving at Long Beach Terminal in California, U.S – is scheduled on April 21. The company plans to establish reservation system for consignors by the end of this week. Source: Pulse

The Port of Busan is facing more strife with a recent walkout by cargo truck drivers, making matters worse for the port already troubled by the Hanjin shipping crisis. The Cargo Truckers Solidarity (CTS) kicked off a general strike on Monday, with workers opposing government plans to increase the number of smaller-sized trucks to expand home delivery services in Korea. The strike has led to a halt of more than a third of container trucks operating from the nation’s largest port. According to the Busan Regional Oceans & Fisheries Administration (BROFA), 860 of 2,200 container trucks transporting cargo from the port are subject to the strike. The biggest setback is the inter-terminal transport of transit shipment cargo, which is often moved from the Busan New Port to the North Harbor, accounting for a daily average of 800 containers. The port terminals in the city are already becoming crowded following the Hanjin crisis. The storage rate for the terminals, which usually stands at about 50 percent, has increased to around 60 percent, while the rates specifically for Hanjin terminal (Busan New Port) and Pier Gamman (North Harbor) have reached 80 percent and 83 percent, respectively. http://www.hellenicshippingnews.com/cargo-strike-batters-already-troubled-busan-port/