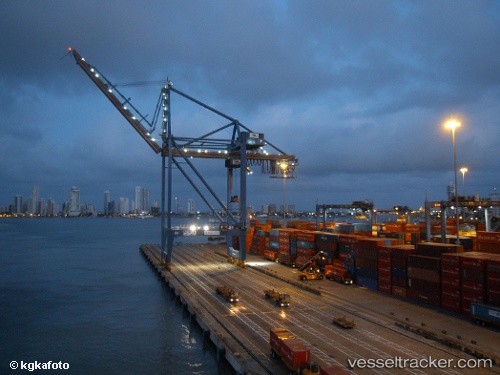 Colombian officials say that three explosions have rocked two industrial shipyards in the coastal city of Cartagena, killing four people and injuring 22, according to media reports. Local television said that three explosions were felt on Wednesday morning up to five kilometres away. Two large black plumes of smoke were seen rising above the shipyards. Adm. Jorge Carreno, president of the Coctemar shipyard, said one of the blasts happened while workers were repairing a freighter. The explosion caused a fire that left several people with serious burns. Cartagena’s Secretary of Interior Fernando Nino Mendoza said that the three explosions were localised in the industrial area of the city of Cartagena, Colombia, in the Cotecmar and Astivik shipyards and did not correspond to a attack. Nino Mendoza said that investigations are being carried out to find out what were the facts causing such accidents to happen at the same time. One of the hypotheses for the source of the blasts is that the welding lines are connected through a pipeline of the two companies and there was a contractor doing the repairs. “Meanwhile the source of the blasts are under investigation for the official report,” said the Colombian official. http://www.seatrade-maritime.com/news/americas/explosions-rock-two-colombian-shipyards-leave-two-dead-22-injured.html

APL today announced the launch of the Andino Service (ANS) – a new weekly regional service linking the key markets in Latin America. Via APL global linehaul services at the transshipment hubs of Manzanillo, Cartagena, Buenaventura and Balboa, the new ANS service will enhance connectivity between West Coast South America and major ports in Asia and the United States. The West Coast of South America is a dominant exporter of fresh produce, including seafood, fruits and vegetables, to the rest of the world. To power these exporters’ business growth, the ANS Northbound service will provide priority handling expertise that expedites shipment of these perishable reefer commodities. Commencing from San Antonio on 14 October 2016, the ANS service will call the ports of San Antonio, Callao, Guayaquil, Buenaventura, Manzanillo, Kingston, Cartagena and Balboa.

With the Panama Canal expansion complete, New Panamax-sized ships are now transiting the Caribbean, and the port of Cartagena welcomed its first mega-vessel last week. The colossal, 980-foot-long MSC Brunella, a Mediterranean Shipping Company ship capable of carrying 8,800 containers, arrived on July 6 with a larger potential cargo load than any boat has ever brought to a port in Colombia. “Now, ships of up to 14,000 containers can cross the Panama Canal, creating new interoceanic routes that are reorganizing and revolutionizing the industry by increasing the arrival frequency of these ships to our port,” said Alfonso Salas Trujillo, head of the Regional Port Society of Cartagena. According to Colombian news outlet El Universal, the port of Cartagena has been undergoing a series of renovations for more than a decade at a cost of nearly $1 billion USD as ships have increasingly grown larger. It has also invested some 2.5 million hours in logistics training for staff, helping itself to learn to handle boats as enormous as the MSC Brunella. http://www.financecolombia.com/cartagena-panamax-port-panama-canal-new-panamax/