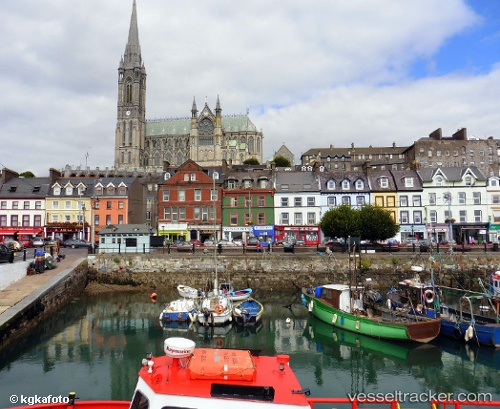 he Port of Cork marked a major milestone for the company today with the launch of the new Cork Container Terminal development in Ringaskiddy. The Cork Container Terminal will initially offer a 360-metre quay with 13-metre depth alongside and will enable larger ships to berth in Ringaskiddy. The development also includes the construction of a 13.5 hectare terminal and associated buildings as well as two ship to shore gantry cranes and container handling equipment. The requirement for the development of new container handling facilities at Ringaskiddy was identified in the Port of Cork’s Strategic Development plan in 2010.

19 Oct 2017 - A spokesperson for the Port of Cork (pictured) said that full shipping movements resumed at 0600 hrs on October 17 Ireland’s ports of Cork and Dublin have fully resumed operations following disruption due to Storm Ophelia. The port made the decision to halt operations based on the issuing of a severe weather warning nationally – its RED level being the highest possible level on the scale. The storm disrupted ship and quayside operations at the port’s Tivoli container terminal and Ringaskiddy deepwater berth, as well as affecting gate operations in Tivoli.

Cork has lost its status as the most popular destination for overseas tourists visiting Ireland on cruise ships after a 12.4% drop in the number of passengers last year. New figures show 89,686 passengers were on board liners which stopped at either the cruise ship terminal in Cobh or the deepwater berth in Ringaskiddy in 2016 – down from 102,217 the previous year. The decrease in visits to Cork from cruise ship passengers last year is unexpected as in overall figures 2016 was a record year for Irish tourism with the number of overseas visitors up 8.8% to more than 8.7 million. The total number of cruise ships stopping in Cork remained the same as in 2015, at 57 vessels. It is estimated the visits of such cruise liners contribute around €4m annually to the Cork economy. Cork had overtaken Dublin as the main port of call for cruise ships visiting Irish waters in 2015 — the year when it broke the 100,000 figure for the first time. http://www.irishexaminer.com/business/cork-loses-its-top-berth-for-cruises-453896.html