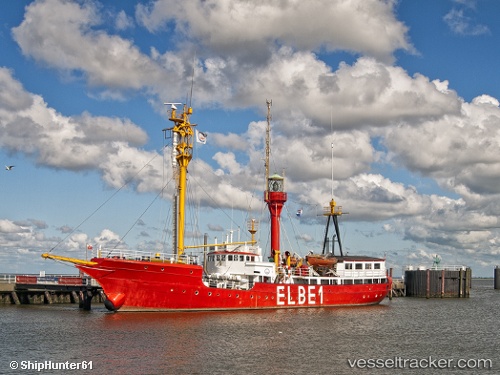 Cuxport is base port for new German windfarm

Even before it has been officially opened, berth no. 4 at the Cuxport Terminal in Cuxhaven is already at work on its first offshore project. The new heavy-lift berth with a total capacity of 8.5 hectares of space is supporting Van Oord with the storage and transhipment of monopiles and transition pieces for Northland Power’s Deutsche Bucht windfarm, currently under construction in the North Sea. “By using the ship’s own cranes, it’s possible to complete the project without any shore crane. The fact that this new berth is being used for this project so soon after its completion shows how essential it is,” said Roland Schneider, head of business development at Cuxport.

The rapidly expanding German Bight port of Cuxhaven has put two more offshore-oriented ship handling berths into operation, started expansion work on another and remains on track to complete a big combined berth and multi-purpose handling facility next year. The offshore Berth 9.2 has just been completed to follow Berth 9.3, inaugurated in August. Ramming for the heavy-lift Berth 9.1 began in October. All three berths are part of Lower Saxony’s giant German Offshore Industry Centre at Cuxhaven. The Centre facilities, directly on Elbe Estuary water depths of up to11.6m, have been in development and under constant expansion since about 2007 at an investment cost put by some at €600 million. Niedersachsen Ports (NPorts), which owns and operates Cuxhaven Port, says the Centre is already a big success and that Cuxhaven’s location, on the German Bight some 100 kms downstream from Hamburg, is ideal for North Sea wind farm erection and maintenance. The Offshore Centre’s Berth 9 quayside terminal was created between 2010 and 2012 and its facilities are now being adapted to cope with new conditions and demands from offshore shipping. http://www.maritimejournal.com/news101/marine-civils/port,-harbour-and-marine-construction/offshore-hub-cuxhaven-adds-new-berths

The port services company Cuxport handled a project consignment for the German agent of the Japanese shipper NYK Bulk & Projects through berth 3 at the Europa quay for the first time at the end of July. The crane parts weighing several tonnes were loaded on board the 175-metre long freighter MS Imari for shipment from Cuxhaven to Ho Chi Minh City in Vietnam. The Cuxport terminal provided an ideal consolidation and shipping port for this project load coming from various production sites because of its good geographical location and its suitability for handling heavy loads. A coastal vessel delivered the jibs that were up to 36 metres long and made by Liebherr in Rostock via the Baltic Sea. The tower parts were transported to Cuxport from a production site in Sunderland in Great Britain by heavy-duty truck via the British ferry port at Immingham on a vessel operated by the DFDS ferry company. After their arrival at their destination in Vietnam, the components will be used to assemble two new port cranes.