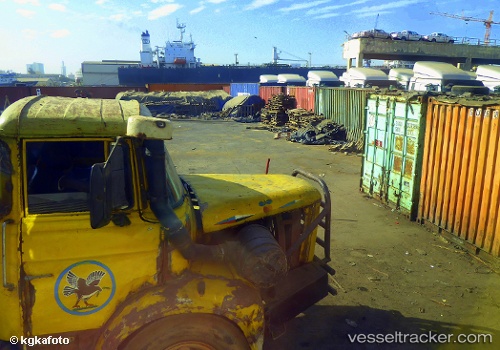 DP World to up its investment in Senegal

DP World is to build an integrated port, logistics and economic zone in Dakar to provide seamless movement of cargo to 16 landlocked African nations. The construction of Port Du Futur will start before the end of 2018 when the agreement on land allocation for the associated freezone will also be confirmed. “The region has major trade potential, especially for landlocked nations seeking gateways to the sea and connectivity between them will be key,” said Sultan Ahmed Bin Sulayem, DP World Group Chairman and CEO. http://www.portstrategy.com/news101/world/africa/dp-world-to-up-its-investment-in-senegal

Hapag-Lloyd will begin charging an Ebola inspection fee on all shipments to and from West Africa from Sept. 21 as mandatory health checks on ships are expected to cause lengthy delays. Cargo shipments to Senegal, Ivory Coast, Ghana, Togo, Benin and Nigeria will be charged $250 per 20-foot container and $350 per 40-foot container. Source: Journal of Commerce

Regional response on Ebola at port of Dakar

All vessels arriving from any country with reported or suspected cases of Ebola, which include Guinea, Liberia and Sierra Leone, will need to be declared to Senegalese Maritime Authorities 24 hours in advance. Transport costs of health authorities from shore to vessels for health and quarantine inspections will be borne by vessels.