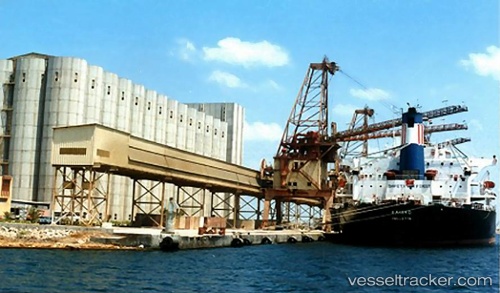 Egypt's Minister of Transport, Engineer Kamel Al-Wazir, announced the completion of a new multi-purpose terminal in Damietta Port at an investment cost of LE 1.365 billion. The new terminal has been established under the supervision of the Armed Forces Engineering Authority (AFEA) and implemented by a number of Egyptian national companies. The multi-purpose terminal includes a 630 meters long,17 meters deep berth and is equipped with a backyard area of 50,000 square meters with anticipated capacity of about 4 million tons per year.

In the past 24 hours, Damietta Port received five container ships and one general goods ship. The port’s information centre estimated the total number of ships in the port at 27 ships, in addition to 26 ships waiting for entry procedures to be completed. The wheat balance in the private sector’s storehouses is estimated at 150,000 tonnes, while the grain and yields’ balance in the port is 18,400 tonnes. Mamdouh Alsheety, spokesperson for the authority, said that the CEO of the authority, Ayman Saleh, is monitoring the work flow in the port through the operations centre. http://www.dailynewsegypt.com/2016/09/15/26-ships-waiting-enter-damietta-port/