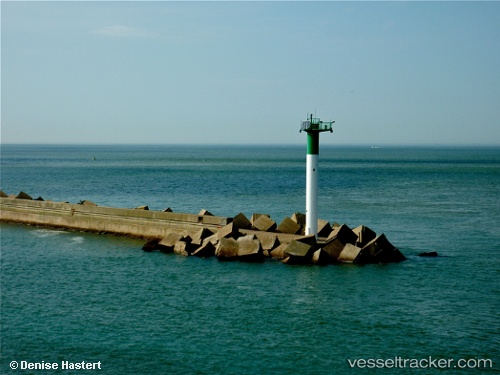 StreamLines, a specialist in the transport of goods at controlled temperature, has announced a new weekly service, Blue Stream, from Central America and the United States (east coast), and to the Caribbean. The ships have a capacity of 1200 TEU and are equipped with 380 reefer sockets. The first call will be at the Flanders Terminal on Thursday 11 January 2018. The rotation is as follows: Willemstad (Curacao) – Oranjestad (Aruba) – Puerto Limon (Costa Rica) – Puerto Barrios (Guatemala) – Puerto Cortes (Honduras) – Port Canaveral (Florida) – Wilmington (North Carolina) – Tilbury – Rotterdam – DUNKIRK – Radicatel – Fort de France – Pointe à Pitre.

DMT is planning to set up a factory to produce construction materials in the Eastern Port of Dunkirk. The President of Dunkirk Urban Community and the representatives of DMT and Grand Port Maritime de Dunkerque met this week to discuss the plan to build a new industrial facility on land belonging to Grand Port Maritime de Dunkerque, where DMT plans to set up a factory to produce construction materials. The project represents a total investment of €40 million over two years, and will lead to the creation of 70 direct jobs at startup. This new business will also have very positive impacts in terms of shipping traffic for the Port, at both import and export, and orders for subcontracting to industrial service companies. Building this new factory within the port of Dunkirk was an important criterion for DMT in its planning. The location offers definite logistic advantages, both at import for supplying the site with raw materials, and in shipment of the finished products by sea and rail to clients and partners in Europe.

Damen Shiprepair Dunkerque (DSDu) has completed major refurbishment works to the yard’s floating dry dock. The dock, capable of taking vessels up to 180 metres in length and lifting 14,000 tonnes, is owned by the Port of Dunkerque (Grand Port Maritime de Dunkerque – GPMD) and is operated by DSDu. It is a major piece of ship repair infrastructure and an important part of the yard’s capability to repair and maintain a wide range of vessels. The dock has recently celebrated its thirtieth anniversary. It was built in 1986 in Germany and purchased by GPMD in 2001. After 30 years in service, in which the tank top had undergone only minor repairs, it was time to renew this major part of the overall structure. The contract was awarded to DSDu after a public tendering process and required the replacement of 700 tonnes of steelwork plus 16,000 metres of new welding and the application of 12 tonnes of paint.