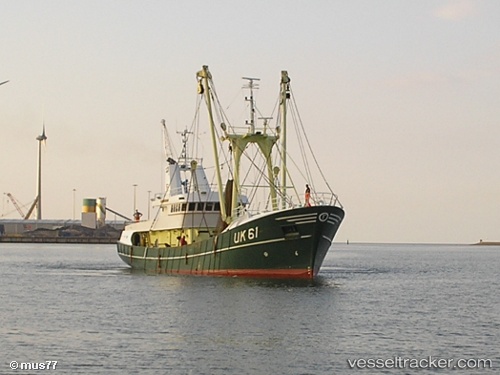 Royal Boskalis Westminster N.V. announced that the Noorderzijlvest district water board intends to award the contract for the Eemshaven-Delfzijl dike reinforcement project to a consortium consisting of Boskalis & KWS Infra. The contract carries a value of more than €60 million, of which Boskalis' share is more than €40 million. The project involves raising and widening the Wadden Sea dike between Eemshaven and Delfzijl over a distance of 12 kilometers, as well as making the dike earthquake-proof. The operations will be carried out from the end of 2016 until the end of 2019. The dike reinforcement project is part of the Dutch Flood Protection Program. http://www.marinelink.com/news/reinforcement-boskalis411918.aspx

Beatrixhaven, one of Eemshaven Port’s docking basins, is undergoing its final expansion phase to become a specialised offshore wind hub. Groningen Seaports invested over EUR 56 million in the project, and it is gearing up to become a big player in the offshore wind industry. Beatrixhaven will feature a depth of 10.40 meters below the sea level, for which purpose some 1.3 million cubic meters of land must be excavated. The excavated material is being used to heighten the surrounding area. The consortium behind the project development is lead by Liebregts/Van den Herik, which is in charge of activities by excavators and dump trucks underway at the site. At a later stage, a cutter suction dredger will take over the work. It is expected that the land excavation activities will be completed this fall. The expansion of the Beatrixhaven is scheduled to be completed in early 2015. Source : Dredging Today

Around 1 AM on Sunday morning 2nd September 2012 the MS Eagle Matsuyama moored at the recently constructed jetty at Vopak Terminal Eemshaven. It was the first oil tanker to moor at the newly constructed terminal. The jetty has a direct pipeline connection to the Vopak storage tanks. The oil tanker carried a cargo of 35.000 tonnes and originated from Vopak Terminal Amsterdam Westpoort, Vopak press release said.