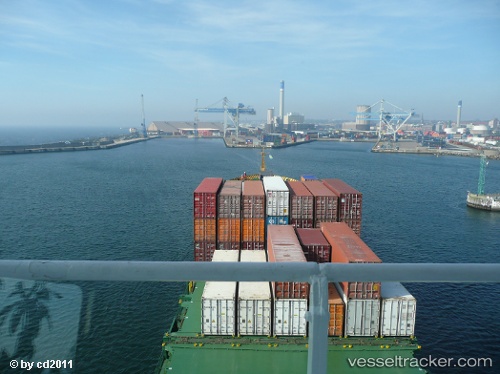 Eimskip has decided to start calling Helsingborg in Sweden as of 4 May this year. The company will at the same time stop calling Halmstad which has been its port of call in recent years. This step is a part of developing the company’s sailing system, but the change gives the company’s customers better connections to other markets and other shipping companies. There has been substantial growth in transport between Iceland and Sweden, to and from the Faroe Islands and in Trans-Atlantic services.

The award-winning Konecranes hybrid reach stacker has completed a full year of field testing at the Port of Helsingborg on the south-west coast of Sweden. The test machines have now permanently joined the existing fleet of 15 Konecranes reach stackers and forklifts in the port, the company said in its press release.

Kalmar, part of Cargotec, has completed the relocation of an 850 ton Kalmar ship-to-shore (STS) crane for its customer the Port of Helsingborg, Sweden (Helsingborgs Hamn AB), JOC reports. The order was signed in September 2013 and the work was completed within a two week time frame during November. The complex project, which was handled by Kalmar's specialist Crane Services Competence Centre for North Europe located in Rotterdam, required the STS crane to be moved by barge from the customers Scania Terminal Quay 705 to the West Harbour, Helsingborg Quay 906. The scope of works required detailed engineering calculations to ensure the crane remained stable throughout its transportation. http://www.joc.com/port-news/port-equipment/cargotec/kalmar-relocates-850-ton-ship-shore-crane-port-helsingborg-sweden_20131121.html