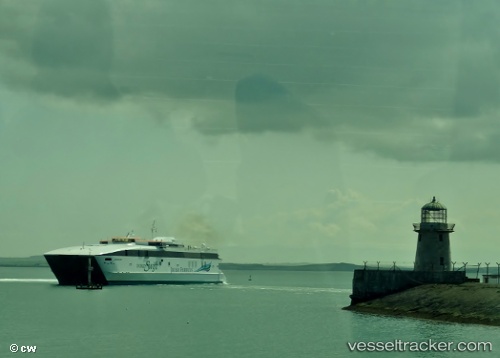 Stena Line has confirmed that its three E-Flexers ordered at AVIC Weihai will be introduced on the Irish Sea. The first ship in the series will be introduced between Holyhead and Dublin in early 2020, ahead of the introduction of Irish Ferries’ new 5,610-lanemetre ro-pax.

Following a record year for freight in 2017, Stena Line has started upgrading its infrastructure at the Port of Holyhead at a value of GBP 4 million.

UK ports have stepped up security and screening measures for ferry passengers following the deadly attack on concertgoers in Manchester earlier this week. At the port of Holyhead, the nation's second-busiest passenger port, police commissioner Arfon Jones has added new armed patrols to ensure security, part of the UK's Operation Temperer. “Following yesterday’s raising of the national threat level to ‘critical’ we have implemented part of our planned and rehearsed response which has involved the deployment of armed . . . personnel to Holyhead Port," said North Wales Police spokesperson Richard Debicki. "Armed officers already deploy at the port, but we are increasing our levels of dedicated resource in response to the move to ‘critical’." More at http://maritime-executive.com/article/uk-passenger-ports-step-up-security-measures