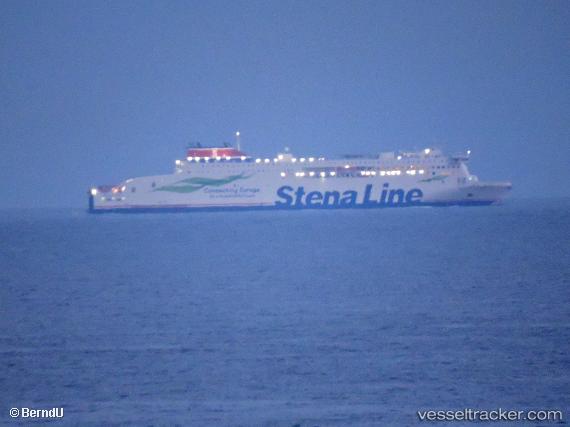 A major search operation was launched off the Wexford coast, after a man ws suspected of going overboard from the 'Stena Estrid' on April 4, 2022, between 6 a.m. and 8 a.m. en route to Rosslare Europort from Cherbourg. The alarm was raised by the missing man’s colleagues, who were travelling with him. All 206 passengers and 57 crew members on board were detained at the port as a full headcount was carried out, but following the discovery of the man’s personal belongings management on board the ship came to the conclusion that the most likely scenario was that he had gone overboard and they notified emergency services. The Rosslare and Kilmore Quay lifeboats were mobilised shortly before 11 a.m. and have been following the path the ship took before docking at Rosslare. The Coast Guard Rescue 117 helicopter has also been carrying out sweeps along the coast. RNLI volunteers continued the search off the coast of Tuskar Rock, but with every passing hour, the chances of the man being successfully recovered decreased. The Coast Guard and Gardaí have been notified and were assisting the crew.

Repairs had to be carried out on the 'Stena Estrid' before she set sail on her maiden voyage on Jan 13, after leaks were found on more than 20 windows. The leaks were found after it arrived at Holyhead port following a 10,000 sail from the AVIC Weihai Shipyard in China, where it was built. Stena Line said the seals had to be replaced on between 20 and 30 windows at the end of last week. It was a glitch that they decided to deal with at port while it was awaiting its clearance to sail from the Maritime and Coastguard Agency. The windows were weeping, and though it was not a ship stopping problem it was decided to get the work done.

The 'Stena Estrid' was due to start service on the Holyhead - Dublin route on Jan 13, 2020. The ship’s maiden voyage was scheduled to be the 8.55 a.m. crossing from Holyhead, while its first Dublin departure would have been the 2.50 p.m sailing from Dublin. However, the storm Brendan kept the ferry in Holyhead until the morning of Jan 14 when the ship finally sailed. A crossing time of three hours and 15 minutes will pass very quickly with a range of facilities on board for passengers to enjoy, including the ship’s spectacular Sky Bar, two Happy World children’s play areas, a relaxing Hygge reclining lounge, Stena Plus lounge, two movie lounges, bigger Truckers lounge, Taste restaurant, and a bigger better shopping experience. The 'Stena Estrid' is the first of three new next generation ferries that will operate on the Irish Sea as part of a multi-million-pound investment in the region. The sister ship 'Stena Edda' is expected to commence operations from Liverpool to Belfast in spring 2020, and the third vessel, the 'Stena Embla', is to be introduced on the same route in early 2021. The 'Stena Estrid' is one of the most advanced vessels in operation and larger than today’s standard RoPax vessels, with space to carry 120 cars and 1,000 passengers, and a freight capacity of 3,100 lane meters, meaning a 50 per cent increase in freight tonnage. Report with photo and video: https://www.dailypost.co.uk/news/north-wales-news/stena-estrid-launches-holyhead-sailing-17558581