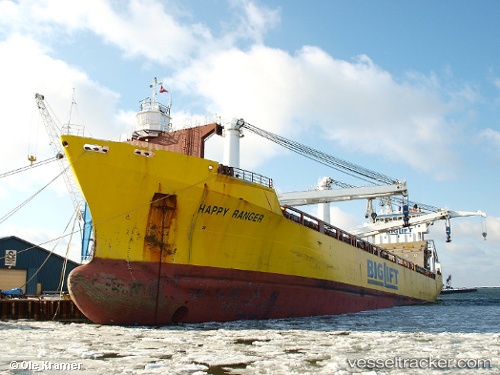 Plans are well advanced for work to start at the Danish port of Kalundborg on a major investment that will see a new container terminal and industry hub developed on the south side of the harbour. Costed at €26 million the new terminal will provide berthing for the largest container ships as well as land for container handling and related industries. Kalundborg is located in what is claimed to be the Greater Copenhagen area and the new development is proposed to help establish Kalundborg as the major container port for the area. To be called Ny Vesthavn, the new container dock will have an area of 330,000 square metres and will have an alongside berth of 500 metres which will have a depth alongside of 15 metres which is claimed to be unique for the Zealand and the Greater Copenhagen area. http://www.maritimejournal.com/news101/marine-civils/port,-harbour-and-marine-construction/expansion-at-kalundborg

Kalundborg to Squeeze Out Copenhagen as Cruise Port

The port of Kalundborg in Denmark wants to replace Copenhagen as a turn-around port, claiming to be 12 hours and 214 miles closer to the Baltic (and thus saving fuel). Kalundborg is also one hour and fifteen minutes from the Copenhagen airport. According to a statement from the port, it is undertaking a market study to assess interest in its

A new tender for a ferry crossing to the Samsø is close to being advertised. The question of a new port at Ballen, which provides for a direct route between Ballen Harbour and Kalundborg has been submitted to the Attorney General. A possible new port is expected to be repaid in 15 years. Transport Ministry estimates the risk that a possible Kattegat bridgeis completed before a port in the Ballen is fully paid, is almostnonexistent. Thus it is urgent to have port questions sorted so that the shipping companies can calculate the cost of calls at port in Ballen. The municipal council of Samso has officially not yet taken a position onlocation. There is a public meeting on the matter convened for 22 November. Source: Samsoe Posten / CO-SEA / Ferries of Northern Ferries