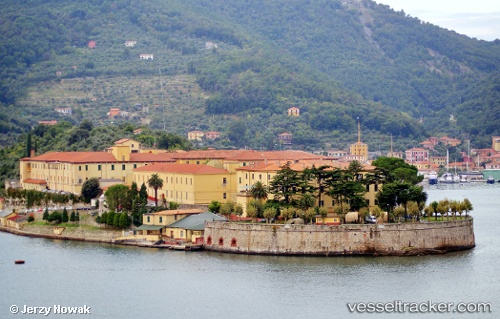 Italy’s La Spezia Container Terminal (LSCT) in southern Europe will be ready to handle 20,000 teu ultra-large containerships (ULCs) by 2022, stepping up from its present capacity of accommodating 16,600-teu boxships. LSCT, operated by asset-based intermodal firm Contship Italia Group, is considered by the group to be the southern gateway port called at by major lines and alliances, with four Asia-Mediterranean services every week, backed by robust trade between Asia and Italy as both import and export volumes remain strong. “LSCT was able to handle 14,000-teu containership back in 2011 before it was expanded to handle 16,600-teu containership today,” said Daniele Testi, marketing and corporate communication director of Contship Italia.

La Spezia Container Terminal (LSCT) has welcomed the on-time arrival of the largest ship ever deployed by United Arab Shipping Company S.A.G. in its Asia – Med trade network The new A-15 class 15,000 TEU ship, AL DHAIL, berthed at Fornelli East for the first time as part of its maiden voyage calling at Mediterranean ports. The AL DHAIL is one of many ULCCs deployed in four weekly Asia-Med strings calling at La Spezia, with the port accustomed to handling a growing number of calls by increasingly large ships. Forecasts suggest that 200 calls will be performed by ships of 10,000+ TEU in 2016. The AL DHAIL, in arriving fully laden in La Spezia and requiring some 3,000 contractual moves, successfully tested LSCT’s infrastructure in terms of water depth and ULCC handling and the totality of the La Spezia System itself.