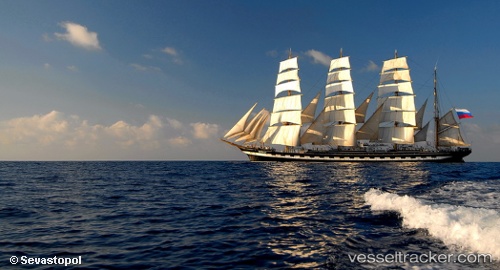 Gas infrastructure along Russia’s Northern Sea Route is set to get a Japanese upgrade with news Mitsui OSK Lines (MOL) and the Japan Bank for International Cooperation (JBIC) have signed a cooperation agreement with Novatek to develop LNG transhipment projects in Kamchatka and Murmansk. The projects will construct floating storage units (FSUs) to tranship LNG cargoes from ice-breaking LNG ships to conventional LNG ships. The FSUs will be located in Kamchatka and in Murmansk and will be used for the transhipment of LNG cargoes produced by Novatek’s Yamal LNG Project and Arctic LNG 2 Project, two of the largest gas developments in the world.

Russian aircraft carrier damaged in sinking of dock in Murmansk, one worker missing

Russia's sole aircraft carrier, the "Admiral Kuznetsov", was damaged during repairs on Oct 30, 2018, when the drydock holding her sank. One shipyard worker went missing and four were injured in the accident. A70-tonne crane toppled from the drydock's wing wall onto Kuznetsov's deck, leaving a hole measuring four to five meters across. A response team succesfully floated and removed the "Admiral Kuznetsov" from the drydock during the sinking. No vitally important parts of the carrier were damaged, according to United Shipbuilding Corporation . Reparis were estimated to take a week and a half for the welders. The damage would not disrupt the schedule for her repairs. Kuznetsov is scheduled to be out of service for a deep overhaul until 2021. The extensive scope of work included the replacement of her notoriously failure-prone boilers: The Cold War-era vessel has a long history of breakdowns, and she has historically traveled with a fleet tug when she sails abroad. The failed drydock "PD-50" is a key facility at the 82nd Repair Shipyard in Murmansk. The Soviet-era dock measures 330 meters by 88 meters, has a capacity of 80,000 tonnes and was equipped with two tower cranes. Among other noteworthy projects, the PD-50 received the wreckage of the ill-fated nuclear submarine Kursk after its sinking in 2000. The drydock will likely be refloated and repaired, though the timeline for its salvage is uncertain. Russian oil and gas company Rosneft is the majority shareholder of the 82nd Repair Shipyard, and state-owned United Shipbuilding Corporation is considering a lawsuit against Rosneft for expenses related to the casualty. An electrical failure could have led to the abnormal immersion of the dock's port side. While the sinking is unlikely to delay repairs to the Kuznetsov, it will impact the schedule for work on the other military vessels that were awaiting their turn in drydock.

Officials at the Murmansk Commercial Seaport are taking another shot at reducing the smog of soot that wafts into the city every time port workers load a ship full of coal bound for export to other countries. The “black attack,” as locals call the coal dust, has been a headache in Russia’s Arctic capital for as long as anyone can remember. In the winter it taints snow banks and ice, creating gray rivers of filth with every thaw. For the rest of the year, the coal paints a black crust on city windows and fouls the air. Local politicians have meanwhile petitioned Moscow to forbid the transfer of coal via Murmansk unless it is enclosed in something, instead of housing it in enormous heaps out in the open, but that has largely come to nothing, The problem has gotten so bad in recent years that Vladimir Putin himself last year said alleviating the coal dust in the air around Murmansk was one of his main priorities in a speech he gave in nearby Kaliningrad. https://www.maritime-executive.com/editorials/murmansk-port-experiments-with-screens-to-control-coal-dust