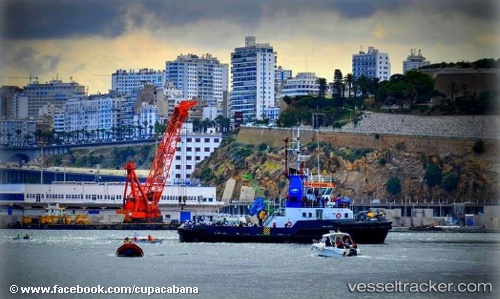 Kalmar has won an order for seven rubber-tyred gantry (RTG) cranes following a call for tender launched by the Algerian port procurement company Groupement D'Interêt Commun Des Entreprises Portuaires (GICEP). The value of the order is approximately EUR 10 million. The order has been booked into Cargotec's 2016 fourth quarter order intake and the equipment will be delivered to the customer during the third quarter of 2017. The Port of Oran Container Terminal ("Port of Oran") is currently embarking on an ambitious expansion project and the Kalmar E-One2 RTGs will provide the terminal with reliable performance, reduced fuel consumption, and an industry-leading maintenance interval of 1,000 hours. http://www.marinelink.com/news/automation-smartport419853

THE Port of Oran, on the western shores of Algeria, is to build a DZD11 billion (US$140 million) container terminal in the next three years, opening in 2017 with an annual capacity of 1.5 million TEU at full build out. The first phase will extend the quay by 500 metres and increase capacity to handle 500,000 containers annually. The second phase involving US$620 million will build a second quay of 900 metres with 17 metres alongside to the biggest ships afloat. An additional storage area provide 1.5 million TEU a year at full buildout. The additional capacity will support three of its major carriers, Maersk, MSC and CMA CGM, which are served by five berths, reports Lloyd's Loading List.