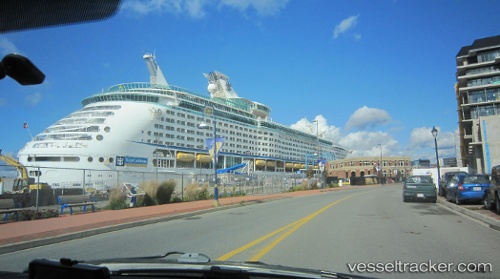 DP World has signed a long-term lease agreement for the expansion and operation of Rodney Container Terminal in Canada. It will start running existing operations at the Port of Saint John, New Brunswick on 1 January 2017 and work in partnership with the Saint John Port Authority. The planned expansion programme expected to be completed in 2021, with the lease continuing for 30 years after.

Port Saint John has signed a long-term lease agreement with DP World for the operation of the west side container terminal, the largest private sector investment in the port in decades. “Our waterfront and our port is where our story began, and is where our future begins,” Port CEO Jim Quinn said during the announcement at the Marco Polo cruise terminal on Thursday morning. “We are pleased to join together with a global trade partner who shares our vision for the growth potential of this port based on its geographic location and rail optionality,” said board chair Peter Gaulton. The lease, which takes effect on Jan. 1 and will continue for about 30 years, comes on the heels of funding commitments from the federal and provincial governments for the $205-million upgrade of the west side terminal to accommodate larger vessels and an increase in traffic.

The Port of Saint John (New Brunswick, Canada) has announced that the Liberty of the Seas will be calling on Tuesday, Sept. 1 at approximately 12:30 pm and remain for about 12 hours, departing just after midnight. At 160,000-tons and with a passenger capacity of 3,600 passengers (double occupancy), the Liberty of the Seas will be the largest cruise ship ever to visit Saint John. She will call again on Sept. 14 and Oct. 13. Planning for the call began two years ago, according to the port, which included working with the harbor pilots to coordinate the arrival and departure times during appropriate tidal windows, installation of a new 200-ton bollard (to hold the ship’s bow lines), and other operational considerations. Cunard’s Queen Mary 2 is the previous largest ship to have called at Saint John.