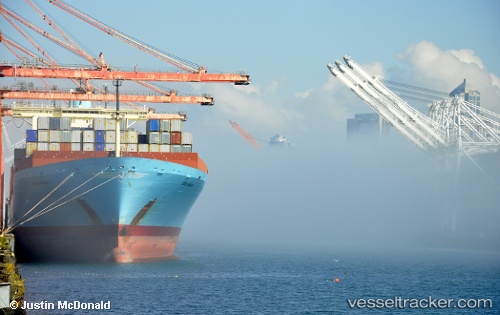 Washington States Ferries has officially launched its new hybrid-ferry newbuild program at Vigor’s Seattle shipyard. Washington’s legislature authorized a contract extension earlier this year for Vigor to build up to five 144-car Olympic class, hybrid-electric ferries over the coming years for the Washington State Ferries, the largest ferry system in the United States. Vigor has constructed the last twelve ferries in the WSF system and has been actively engaged in the evolution of hybrid-electric solutions, including sending a team to Norway to meet with experts on best practices and available technologies for low carbon ferry systems. Vigor and WSF will again visit Norway as part of a second delegation in September 2019. The Olympic class hull form is one of the most efficient in the fleet with less drag through the water and a small wake for a positive environmental impact. The new hybrid vessels will utilize the existing Olympic class hull form, but will be capable of 100% electric operation on most routes once the infrastructure needed for charging is installed.

Seattle In Line For Us$300m Investment

More than US$300m in infrastructure improvements is being considered as part of a drive to grow international marine cargo to the Port of Seattle. To prepare for ever-larger container vessels, the port commissions of Seattle and Tacoma met at the Northwest Seaport Alliance (NWSA) managing member meeting to discuss recommendations for significant new investments, which also include a new tenant at Seattle’s Terminal 5. “With the largest marine cargo vessels entering the trans-Pacific trade, our Terminal 5 investments are critical for Washington state exports to Asian markets, in addition to growing cargo volumes and maritime jobs in the Puget Sound region,” said the NWSA.

SEATTLE - Protesters unhappy with Carnival Cruise Line's type of fuel gathered at the Seattle cruise ship terminal Sunday. The environmental group says Carnival's climate pollution has increased 20 percent over the last decade. The small band of environmentalists featured protesters in penguin and polar bear costumes. They staged the demonstration in front of multiple cruise ships, all owned by Carnival Cruise Line. "These ships are going up to Alaska, people are seeing some of the most beautiful places in the world," one protester said. "And they're burning some of the dirtiest fuel available." They called for the company to meet or beat standards set out in the Paris agreement and to stop powering ships with what the groups say is some of the dirtiest fuel in the world. KOMO News reached out to Carnival Cruise Line for comment but has not received a call back, as of Sunday night. http://komonews.com/news/local/protesters-don-dolphin-polar-bear-costumes